Day 9 of 30 Days Wild and it’s Friday night! As I was working again today, I needed something to do after work. As I’d already looked at some of the wildlife around my work (Clee Hill), I decided to meet up with Chris and we’d have a look around his workplace in Malvern instead. He works at a factory on a business park, which may not sound too promising, but actually has an amazing variety of wildlife. Chris often takes the camera to work and comes back with all sorts of exciting finds (gold crests, nesting woodpeckers, White Letter Hairstreak butterflies to name just a few).

Of course it was about 6pm by the time I got there – not ideal, but still plenty of wildlife around. The factory is set in large grounds, bordered by a small wood. There are several large mounds of excavated earth that have been left to go wild and look like great habitats. 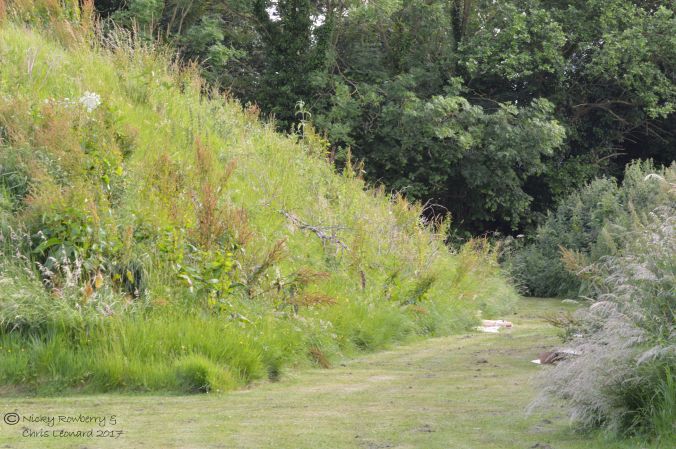 The first thing we noticed in abundance was Harlequin ladybirds, both adults and larvae.  There were several colour morphs of the adults, including the two below. I know Harlequins are the bad boys of the ladybird world, but it’s hard not to like their cheery little bodies. 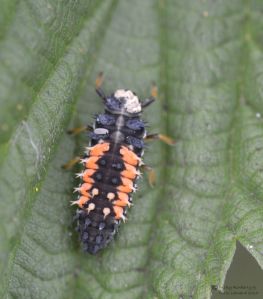 There were also lots of clumps of frothy cuckoo spit – the home of froghoppers. I don’t know which species as I didn’t want to destroy their home just to find out. The frothy mass acts not only as insulation/water retention, but hides them from predators as well. 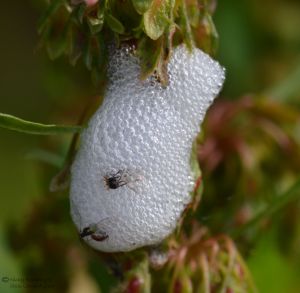 Despite it being relatively late in the day, there were loads of bees about. The factory has lots of wild areas still, with brambles, wild roses, red dead nettles and assorted other wildflowers.  All were buzzing with bees.

The bees and ladybirds weren’t the only insects we found. Once you get your eye in, they are of course everywhere. Many of the wild roses had small beetles in the centre, as did the thistles (albeit different types of beetle). 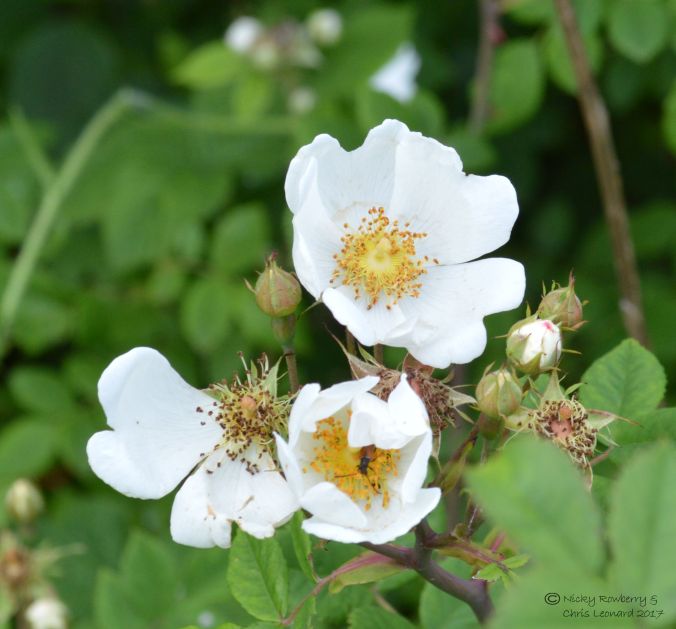 There was a patch of large daisy like flowers, many of which had beautiful green bugs resting in them. 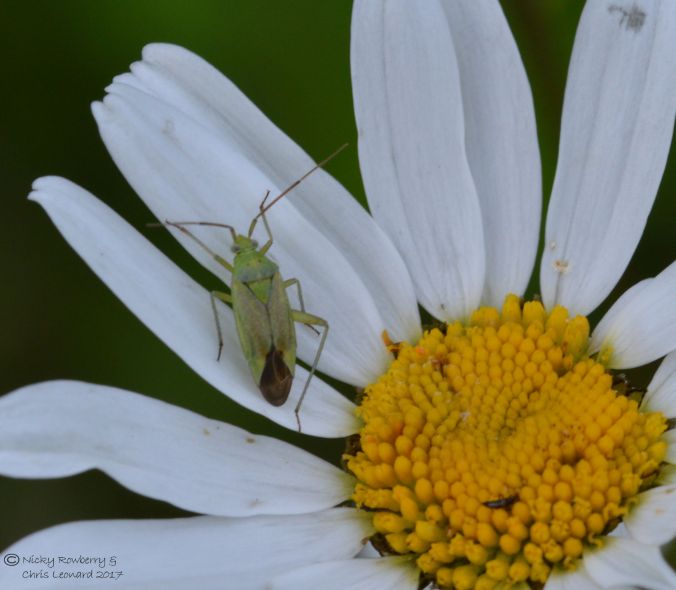 And at the less glamorous end of the insect spectrum you can always find aphids! They actually look much better and far more interesting viewed close up like this.

Lots of birds were audible in the woods nearby, but the only ones we saw well enough to get even half decent pics, were a wagtail and a thrush. The thrush didn’t turn round, so I’m not sure if it was a Mistle or a Song Thrush. 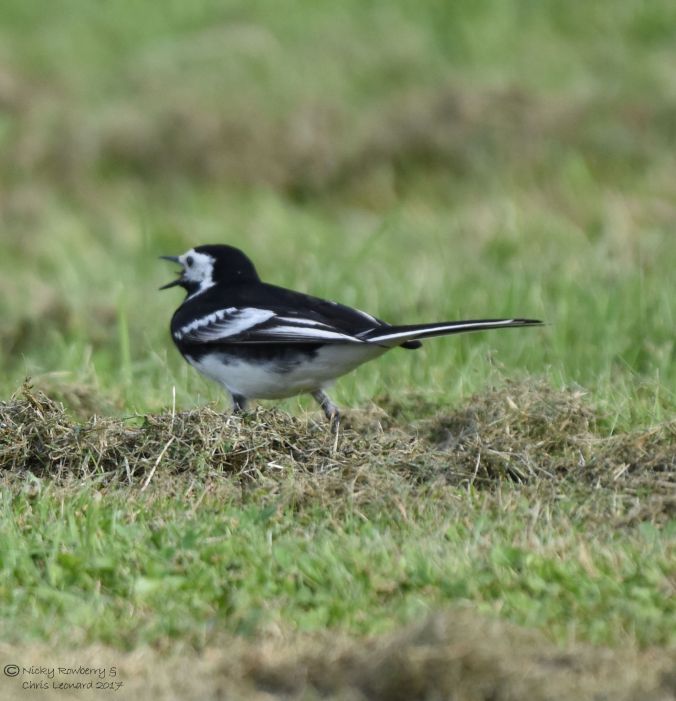 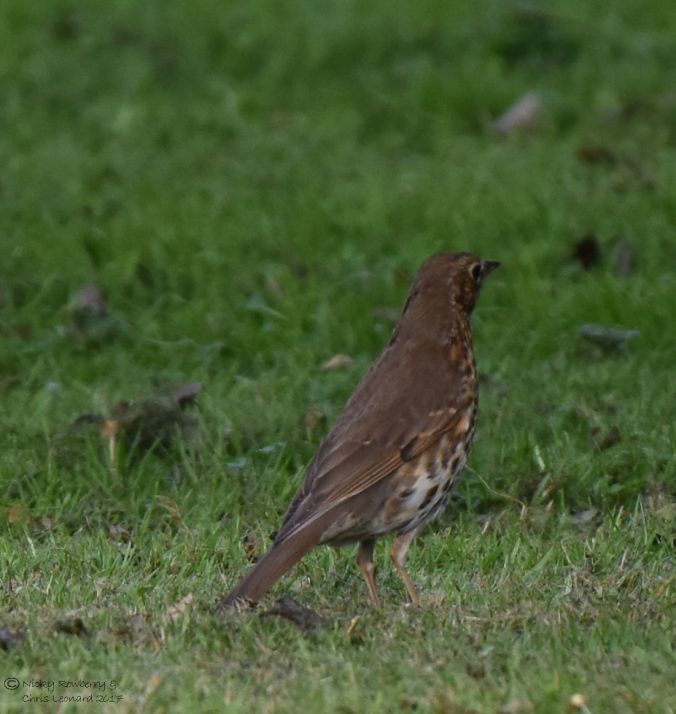 We did get a tantalising glimpse of some kind of bird of prey, just as we were leaving. We may not have got a photo, but it’s good to know that the fields around the factory support enough wildlife that they attract not just us, but a bird of prey too!