For one reason or another I’ve not had the chance to blog this last month, despite it being full on Butterfly Season. So to make up for lost time, this blog post is a bit of a catch up on all things butterfly in the Too Lazy world. Firstly we’re still in the midst of the Big Butterfly Count – one of the biggest citizen science projects in the world. 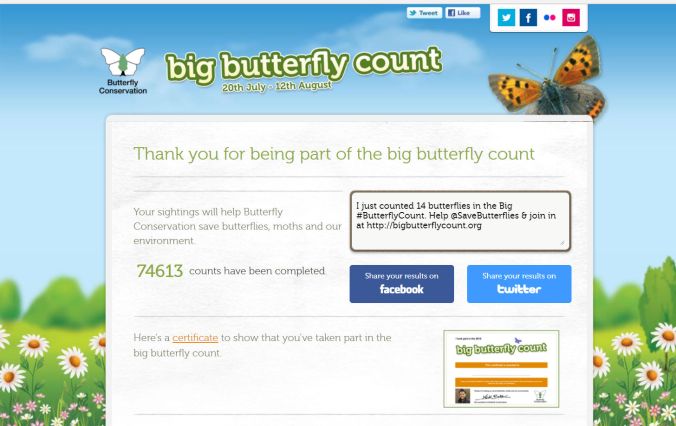 As I type this there have already been over 74000 counts and there’s still a few days to go. So if you haven’t done it already, get along to https://www.bigbutterflycount.org/ and find out what it’s all about.

We’ve done several counts in both the garden and down the allotment. The lottie produced, not surprisingly a lot of “Cabbage Whites” – in reality a mix of Large, Small and Green-veined Whites. In the garden, our first common blue of the year obligingly turned up in time to get counted. Similarly it was nice to count Painted Ladies and a Red Admiral to add to the tally of Whites, Gatekeepers and other garden stalwarts. 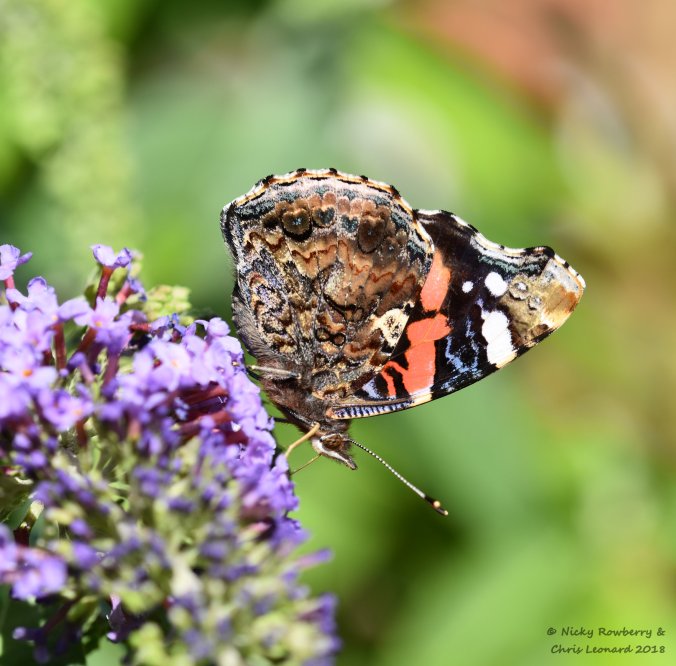 A trip to Trench Wood in early July was prompted by reports of large numbers of Purple Hairstreaks coming down and settling low enough to get photos. Seemed too good an opportunity to miss. Trench Wood is always a delight and this year was no exception. The wood was full of the usual Meadow Browns, Gatekeepers and Ringlets, plus plenty of Whites and White Admirals. 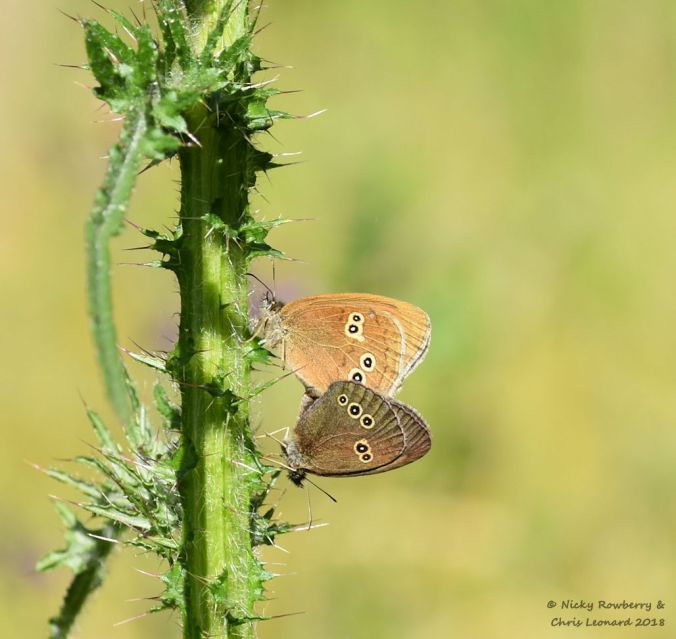 The ever gorgeous Silver-Washed Fritillaries were also out in large numbers, tropical looking as they bombed around the open rides.

My target species for the day – the Purple Hairstreak – didn’t disappoint. Almost as soon as I left the carpark they were visible along the path, settling comfortably on the bushes either side. The reports I’d read hadn’t exaggerated – there were too many to count and I’ve never seen them settle so well at a reachable height! 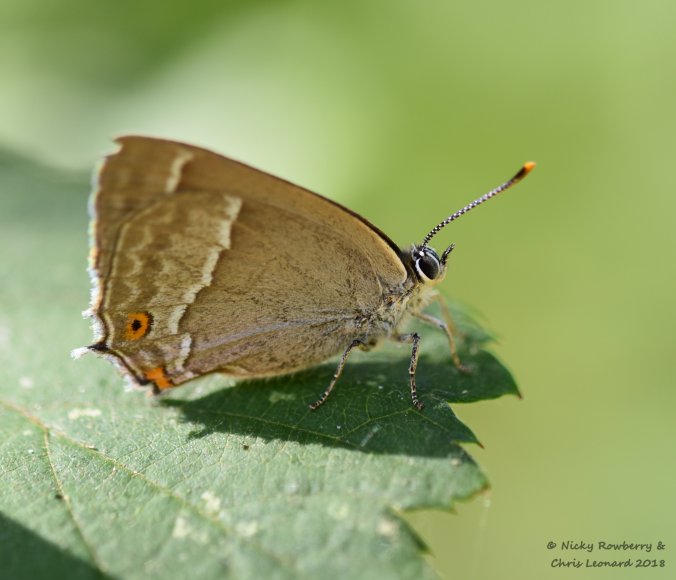 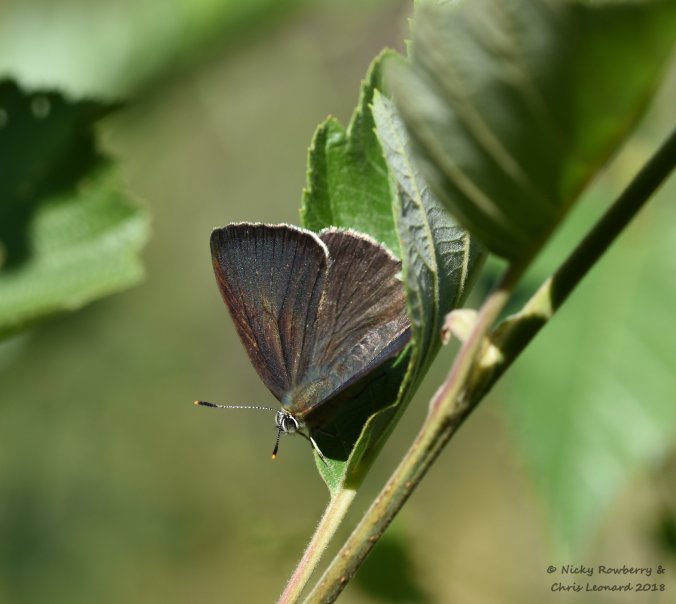 A quick trip to the nearby Guarlford Straights gave me the chance to see some lovely butterflies practically on my doorstep. Common Blues were probably the commonest species, flitting about the dry grass in the sunshine.

Amongst the Common Blues I found at least one fairly fresh looking Brown Argus. It’s only a couple of years since we saw our first ever one of these, so it’s still a bit exciting to spot one. 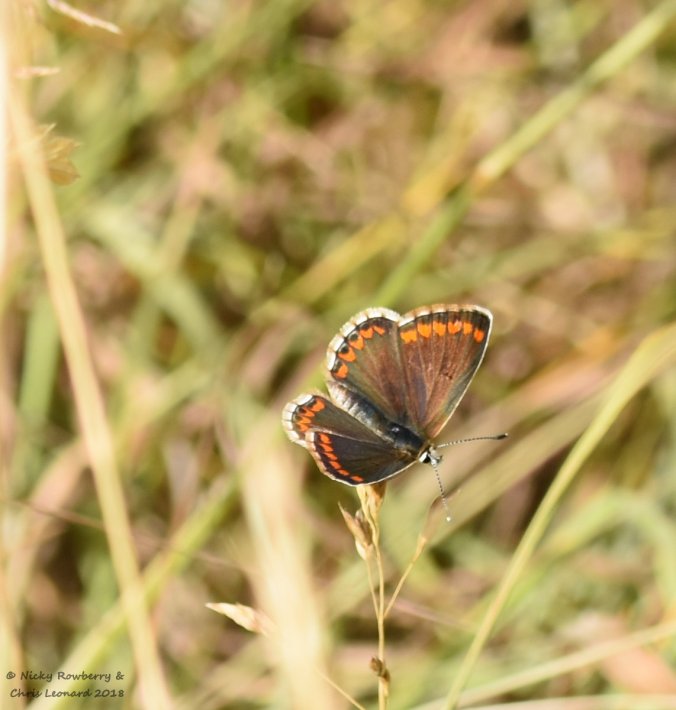 Small Coppers were also reasonably common. Athough none would pose nicely with their wings open, I found the underside of the wings to be just as beautiful in a more subtle colour pallet. 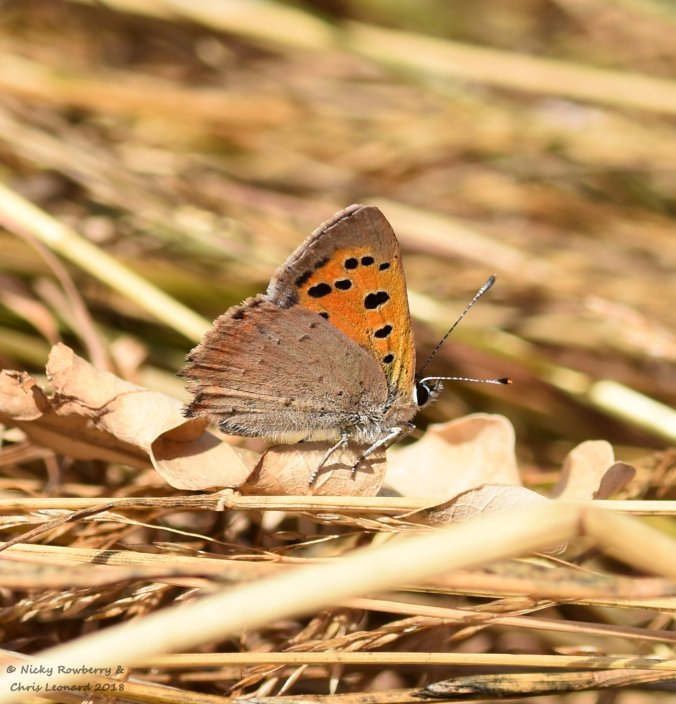 Finally the high spot of the last few days was a trip to Venus Pools in Shropshire. It’s a small reserve (with as the name suggests, some pools) run by the Shropshire Ornithological Society, but it’s also really good for butterflies. In particular, Common Blues were everywhere – they should be renamed Abundant Blues! We’ve never seen so many in such a small area, including several courting couples like these. 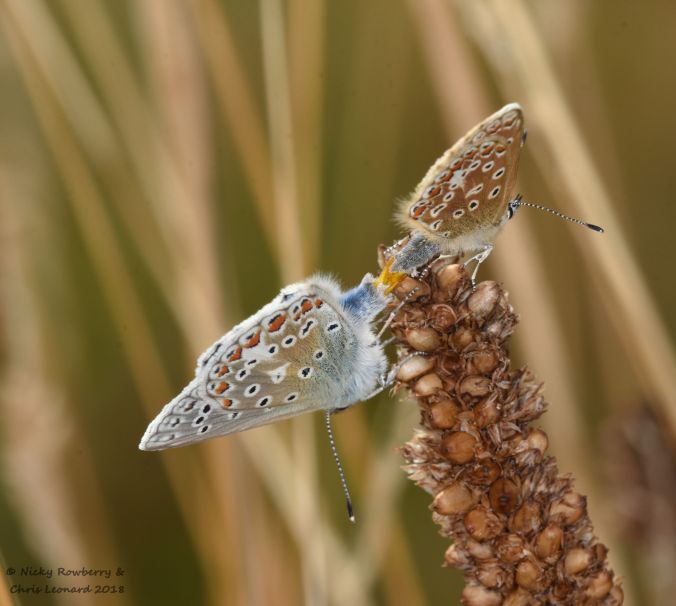 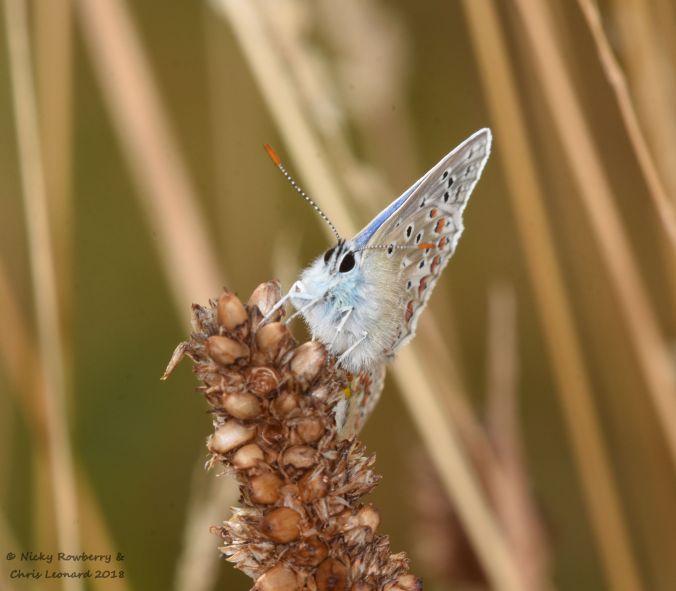 Amongst the Common Blues, were the occasional Brown Argus and Small Copper.

Also present were Painted Lady, Small Tortoiseshell, Large, Small & Green-veined Whites, Speckled Wood, Gatekeeper & Meadow Browns. But the real reason we’d driven 50 miles was reports of Clouded Yellow butterflies. For two weeks prior, we kept seeing gorgeous photos of Clouded Yellows at Venus Pools on social media. Having never seen one, this seemed the perfect opportunity. We spotted our first one almost immediately – unmistakeable bright yellow, but very, very fast. Only once did one stop long enough for us to grab some quick photos. 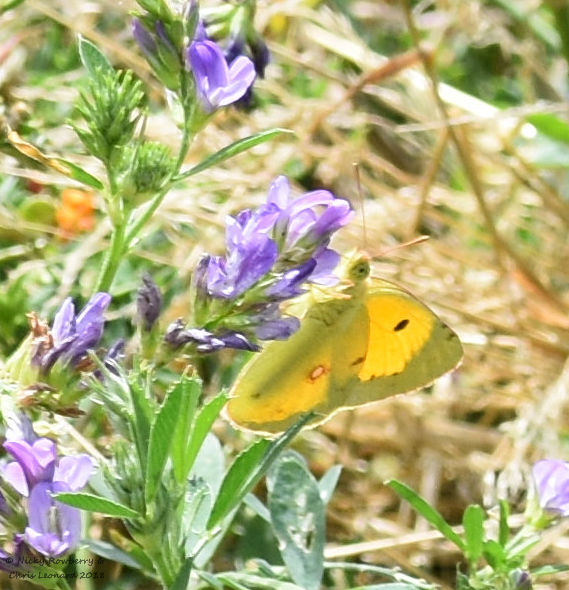 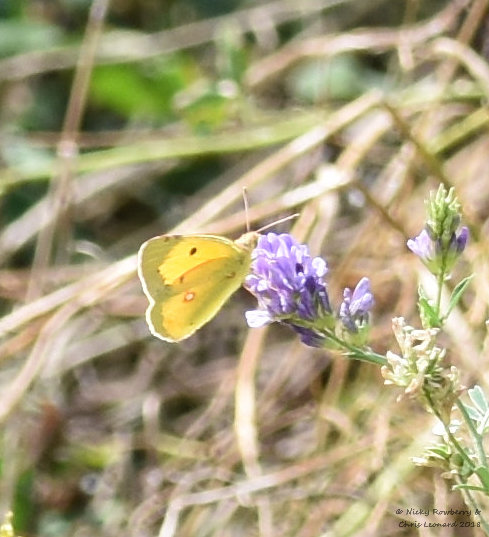 So not the finest pics, but recognisable enough to count as butterfly no. 47 on our quest to see all the British species. Well worth the 100 mile round trip! So all in all this last month has been a butterfly filled delight. Fingers crossed all this hot weather won’t spell trouble for the caterpillars and next year’s butterflies.