Day 5 of the 30 Days Wild Challenge and it’s a beautiful sunny Sunday in Malvern – a rare thing indeed! After the slightly frenetic activity of the Bioblitz yesterday (I’m still working my way through all the photos for IDs), today we’ve had a much more relaxed, laid back kind of day.

We started with a walk at The Knapp and Papermill Nature Reserve, which is run by Worcester Wildlife Trust and is very handy for us – just the other side of the Malvern Hills. It’s a gorgeous reserve that’s got pretty much everything you could want – meadows, woodland, orchards, a small river running through a valley. 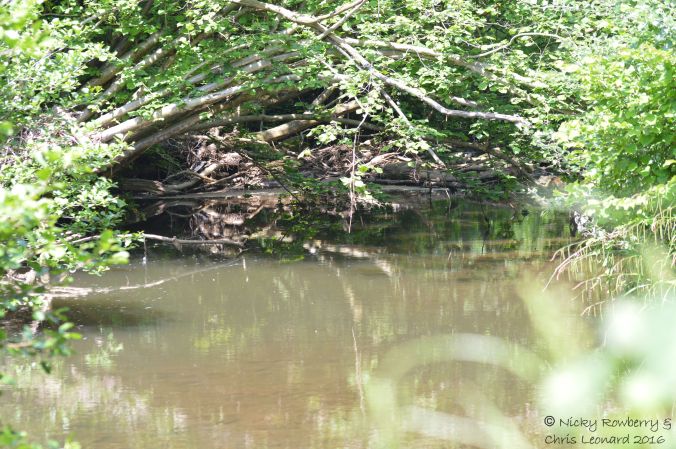 You know it’s a good place when butterflies start landing next to you as soon as you get out the car – cue Speckled Wood. We’ve been there before and walked around pretty much the entire site, but today we just did a small section of it, alongside the river near the old orchards and meadow.

Our main memory from the previous visit was of the Beautiful Demoiselles. This was the first time we’d ever seen them and were blown away by how beautiful they indeed were. They seemed so exotic flapping all round us by the river, it felt like we’d been transported to some far away tropical location. So they were our main target species for today – and they didn’t disappoint. I know I tend to gush that everything is beautiful and amazing, but these Demoiselles really do live up to their name.

The adult males are a dark iridescent and glorious blue. They are quite flighty so it takes a while and more patience that we can normallly muster to get really good shots, but we managed in the end to get these.

Chris even spotted this one devouring some poor unfortunate insect – only the wing remains sticking out of its mouth.

As is so often the case in nature, the females are less showy than the males, having a more bronzy brown coloured wing, with white spots near the end.

I honestly could have sat and watched these flying around for hours. But they weren’t the only large insects flying around – damselflies were abundant today too. We saw some bright blue (possibly Azure) ones which refused to land for photography purposes. More obliging were the Large Red Damselflies.

So relaxed indeed were the Large Red Damselflies, that they continued unashamedly about their business even with me taking photos like this.

The reserve is generally teeming with insect life. Here’s just a few that we snapped today – a Red Headed Cardinal beetle, hoverfly and May fly. 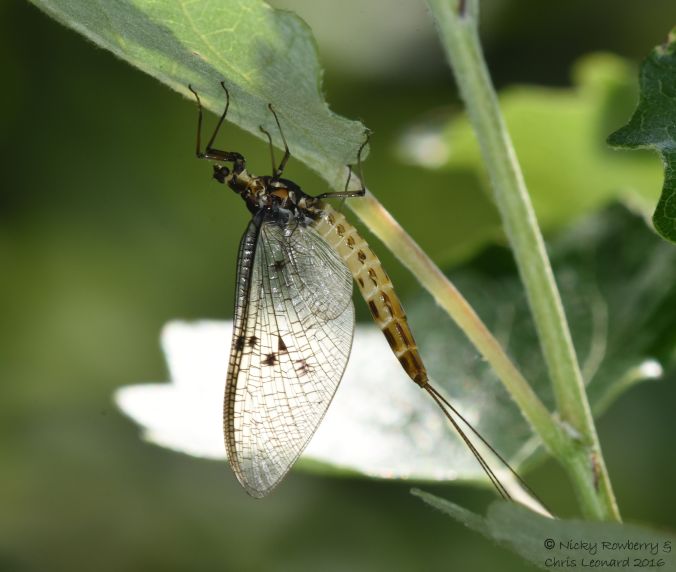 Not surprisingly the reserve supports a wide array of birdlife too. The air was full of bird song as we walked around, although few showed their faces. One obvious arrival though was this Buzzard, which was being mobbed by a very brave crow.

On the way back we stopped at the visitor’s centre, which has lots of useful info. It also has this fantastic bat box on the wall – never seen one like it before! 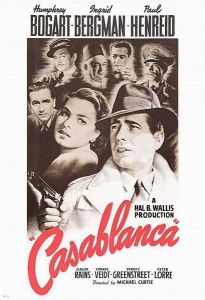 We were supposed to round off our lazy day with an open air screening of the classic film Casablanca. Amazingly the sun was still shining as we settled down with our picnic on the grass. Not sure whether the organisers of 30 Days Wild had expected Humphrey Bogart to join in, but we were looking forward to seeing him on the big screen. It happens to be my Dad’s favourite film, so it ended up a family outing with my sister making up the 4 with me and Chris. Unfortunately, and I never thought I’d say this, the weather was too good! The organisers announced they couldn’t start screening the film as the evening was too bright and the black & white film wouldn’t be visible on the screen! We waited and waited (consuming our own body weights in sandwiches and scones while we did) but eventually had to give up as my Dad was getting a bit cold and still no sign of the film starting. The evening wasn’t a total right-off – we all enjoyed our picnic in the park and the crowd waiting for the film were all quite jolly. But we’ll now never get to hear Sam play it again in the open air! 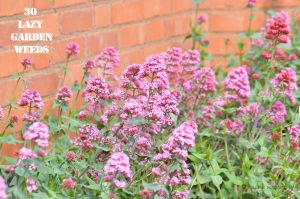 Day 5 of 30 Lazy Weeds from our garden and here’s one that is taking over – Red Valerian. Fortunately it is not only beautiful but very popular with both bees and butterflies. It’s formed a flower bed all of its own at the front of the house – which looks great – one neighbour even asked whether we’d planted all these lovely flowers! These bright pink flowers look as good as anything you’d go out and buy, but are much better for the wildlife and they’re free!