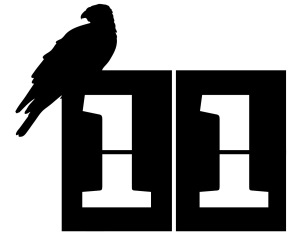 Day 11 of 30 Days Wild and last night’s drizzle has turned into today’s rain. We had planned on a trip to the Wyre Forest in the hope of seeing the Small Pearl Bordered Fritillaries – they would have been a new species for us. But no point going in the rain, not much likelihood of seeing butterflies on a day like this.

So thought I’d just go with the flow today – if it’s raining, find something to do with animals that like the rain! It may be nice weather for ducks, but our pond is too small for them. I did see a frog this morning when emptying the moth trap, but of course it was long gone by the time I decided on the wet weather plan. So what’s left? Well one thing our garden produces lots of is molluscs. And in the rain this morning it was heaving with snails and slugs.

A quick trawl round produced 5 species of snail (we have others, but they would have required more hunting than I was prepared to do in the rain). 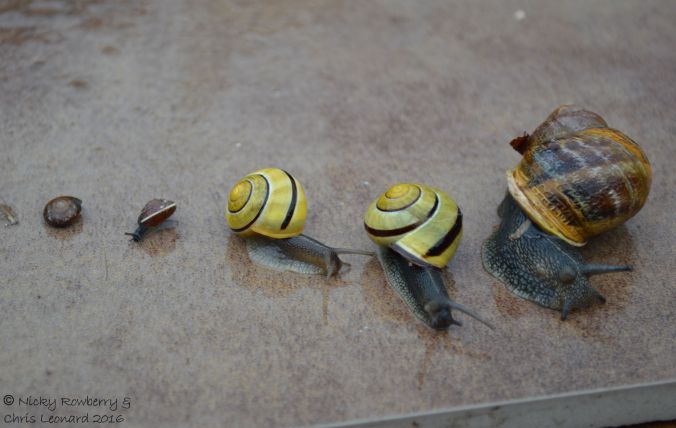 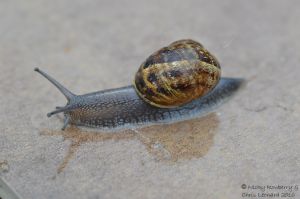 First up our largest species at Too Lazy To Weed – the Common Garden Snail (Cornu aspersum). Plenty of these today hiding amongst stones and a few intrepid individuals heading across the grass.

Next up two very similar species, the Brown Lipped Snail (Cepaea nemoralis) and the White Lipped Snail (Cepaea hortensis). The Brown Lipped has a brown band around the opening of the shell (top image below) and the White Lipped has (not too surprisingly) a white band at the opening (bottom image). Other than that the two species both vary hugely in colour patterns from near white, yellow, brown and all manner of stripes in between. 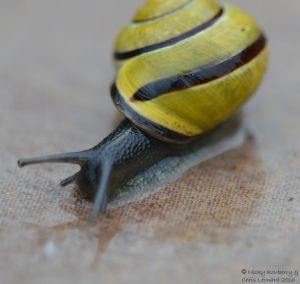 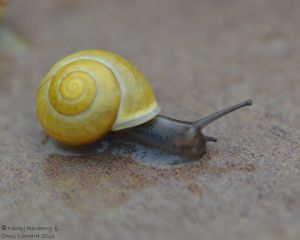 Fourth snail today was a Girdled Snail (Hygromia cinctella). This species is a relative newcomer to the UK, being first seen in the south in the 1950s – well it’s now reached Malvern. It has a keel or girdle round the middle, defined by a white line. (the photo below was actually taken a few months ago, because for some reason I couldn’t get today’s one to focus!) 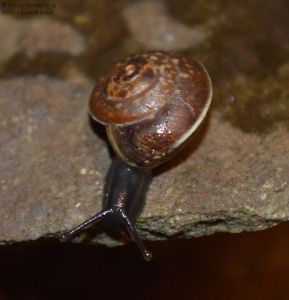 And finally we found one of the Glass Snails (Oxychilus sp.) These glossy little snails have a blue/black body and some supposedly smell of garlic. 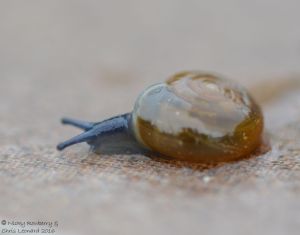 In addition to the snails, there were at least 2 slug species around. I think the big one is part of the Large Black Slug group (Arion ater agg.) When I moved it, it rolled up into almost a ball and started rocking from side to side – apparently a characteristic of this group. Not sure yet what the smaller slimmer slug is – any suggestions welcome. 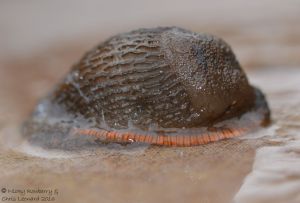 Having assembled a selection of molluscs for the photos, I decided to do something I haven’t done since I was a child – have a snail race! My sister and I used to collect and race snails all the time (mainly when we were killing time with our friends on a Sunday afternoon in the pub garden while our parents were all inside!) I did consider inviting my sister down for the race, but figured she has probably sensibly moved on from such things, while clearly I have not!

When we were kids we would of course just race any snails. But since I am now older and if not wiser, at least a bit more knowledgeable about snails, I decided to pit one species against another. Oh yes the fun never ends in our garden! The girdled and glass snails were a bit small and the garden snail was too big, so the obvious choices for this gladiatorial contest was the Brown Lipped versus the White Lipped.

So I set up a track, with a finish line and “raced” 2 Brown Lipped against 2 White Lipped. 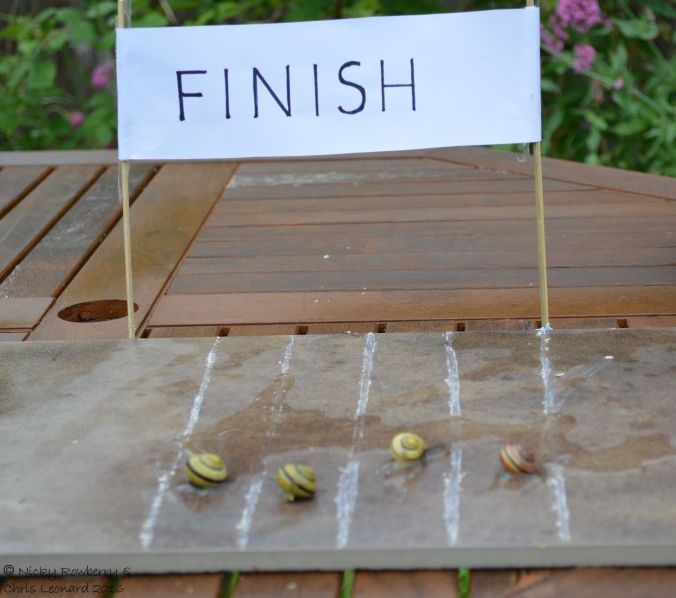 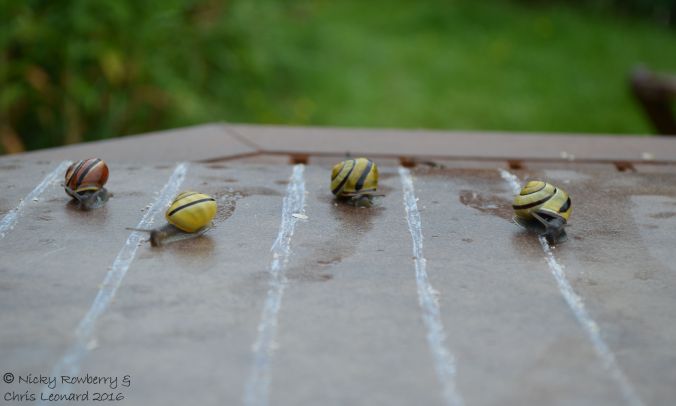 The snails of course did exactly what they used to do when we were kids – veered all over the place – they have no concept of sticking to their lanes!

It took a bit of time but eventually 2 snails did approach the other end of the course, although one was not technically between the finishing lines, but I decided not to be picky. In a nail biting finish, the White Lipped Snail won by an eye stalk!

After so much excitement, I thought perhaps it was only fair to let the garden snails have a go. Unfortunately though, they really didn’t seem to get the hang of racing and made the other racers look positively professional!

Don’t think you can draw too many conclusions from this non-scientific competition – pretty sure another time a Brown Lipped may well have raced ahead instead. But for today at least the White Lipped Snails were the fastest molluscs in Malvern and I was back being a kid again! 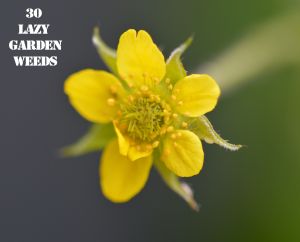 And finally today’s weed in my 30 Days of Lazy Garden Weeds is Herb Bennet or Wood Avens. I must admit I have a love-hate relationship with this one. I love 5 petals interspersed with the 5 sepals into form a star shape. But I hate the seeds – they form masses of curved or hooked seeds that are designed to stick in the fur of animals that pass by. They do of course stick in clothing (towelling dressing gowns in particular!) just as well, where they seem to burrow in only to emerge later to stick into you like a splinter! I guess no pain no gain though, so I’ll put up with the seeds for the sake of the flowers.