Well there are probably lots of ways to describe 2020, but most of those aren’t repeatable on what tries to be an upbeat blog. So I will gloss over the obvious and instead try and focus on the many good things that happened in the last year.

First and foremost was that we finally managed to put in a new pond. The timing for this couldn’t have been better – the pond went in during February and of course in March we went into lockdown. Having the pond to sit by and watch develop through those long months was a real sanity-saver. It was amazing how quickly the wildlife moved in and as it matures I’m sure it will only get better.

A real highlight and sense of achievement came at the end of May when George, the Eyed Hawkmoth I’d reared from an egg, finally emerged. I’d been nurturing him for 10 months since I’d found the egg in the moth trap and so I felt like a proud mum when he emerged and flew off into the night. Hopefully there will be sons and daughters of George in flight this summer too. 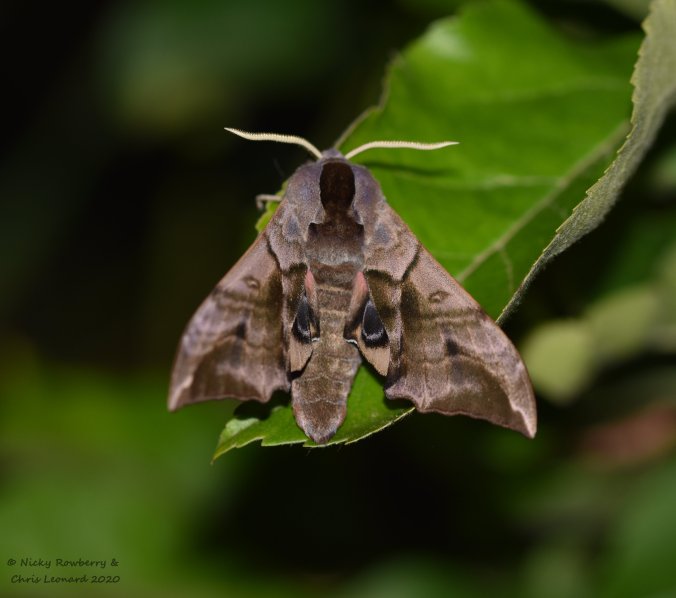 Another moth related achievement was the creation of our Moon Garden – an area planted specifically to attract moths. And it worked. 39 new moth species were recorded, bringing the running total for the garden to 405. Best of all it attracted a Dark Crimson Underwing – believed to be the first record for this species for the whole of the West Midlands. 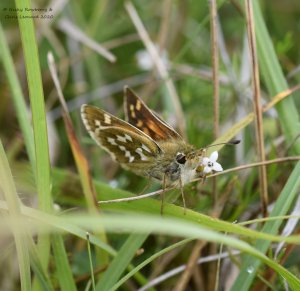 2020 turned out to be a good year for butterflies too. Between lockdowns, we managed to add 2 more species (Silver-spotted Skipper and Black Hairstreak) in our mission to see all the British butterflies. We also noted 2 new species for the garden (Silver-washed Fritillary & Brown Argus), although this was more by luck than good management.

The new bee hotels provided lots of interest and again we added 2 species to our garden count (Willughby’s Leafcutter and a Sharp-tailed Bee). Being able to watch both Red Mason & Leafcutter bees build their nests in the tubes was really fascinating.

Despite lockdowns, we still managed to take part in various citizen science projects – including Big Butterfly Count & Garden Moth Scheme. A new project this year is the Slugs Count project.  This is a monthly survey of the garden for slugs and it’s been great (trying) to get to grips with a whole new group.

As I do every year, I’d made various wildlife resolutions at the start of 2020. Of course back in January none of us had any idea of how the year was going to turn out! Not surprisingly the Covid imposed restrictions had an impact on some of my resolutions, but at least this year I’ve got a really good excuse for not completing them all! So here were last year’s targets:

So to New Year’s Resolutions for 2021. Covid may continue to thwart our efforts, but we can at least hope to enjoy as much wildlife as possible.

If 2020 has taught me anything it is that I am very grateful to have a wildlife filled garden and that I am lucky it brings me so much pleasure. It must be awful for those who didn’t get the chance to enjoy wildlife this year, but then I think it would be awful in any year not find joy in the nature that is all around us if we take the time to look.