The wildlife interest in our garden seems to be swinging at the moment to and fro between the moth traps and the trail cam. Last weekend the trail cam definitely came out on top though, when it threw up a complete surprise in the garden. I guess many of us put out these cameras with the vague hope that they will reveal something unexpected and this weekend ours did. It may not have captured anything super rare, but it did film a Siskin – a bird which we didn’t even know we had in the garden. Of course it would have been nice to see the Siskin in the flesh rather than just on film, but at least we know now to look out for it!

We’d hung this bird table out a week or so ago and were initially a bit annoyed that its design meant it immediately swivelled, tipping all the seeds into one corner.  But this jaunty angle actually appears to be working to our advantage, as the slope (and general instability) seems to be deterring the pigeons and larger birds and allowing the smaller ones to get a look in.

The Siskin is an attractive bird, so I tried to get some correspondingly attractive still images from the film. Unfortunately it was so intent on scoffing the sunflower seeds, that it was difficult to get an image without food hanging from its mouth, so these were the best I could do. 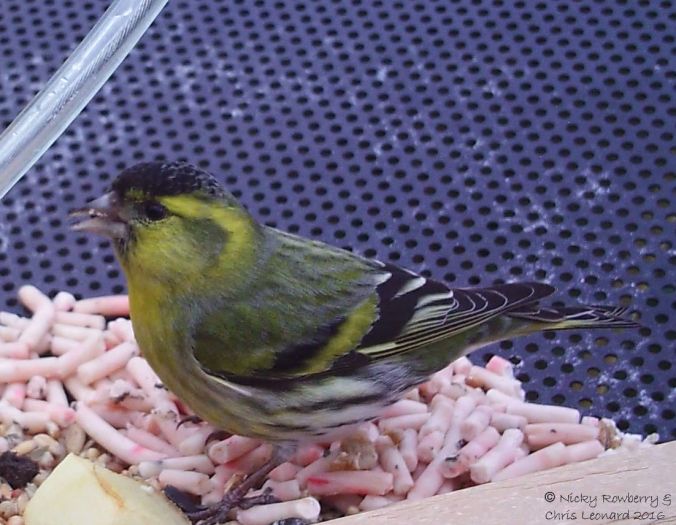 The sloping feeder attracted several other species that afternoon, although none stayed as long, or were quite so fond of their food, as the Siskin – a bird after my own heart! 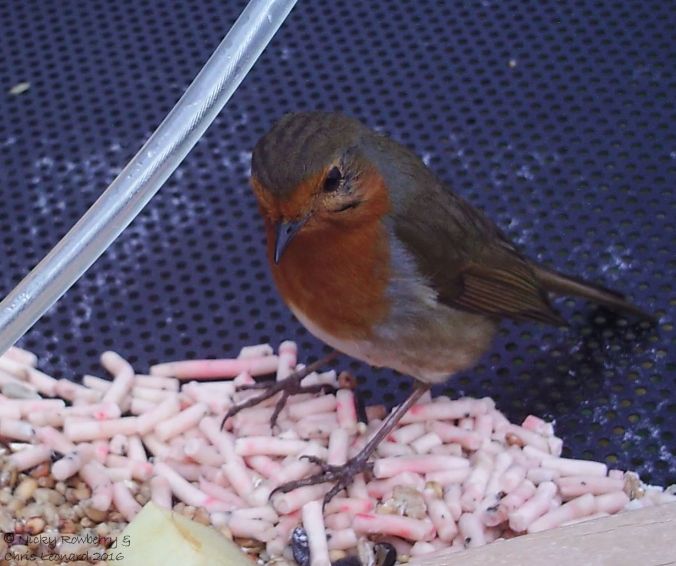