A week or so ago I blogged about the delightfully named Hairy Footed Flower Bee (Anthophora plumipes), having spotted a male one buzzing around the garden. They are quite a loud bee, so much so, that I’m starting to recognise them by sound (going to be by new party trick – identifying bees blindfolded!) The males emerge in the Spring a bit earlier than the females so for the first week they were all we saw. The male below is a typical buff gingery colour, with of course hairy feet! 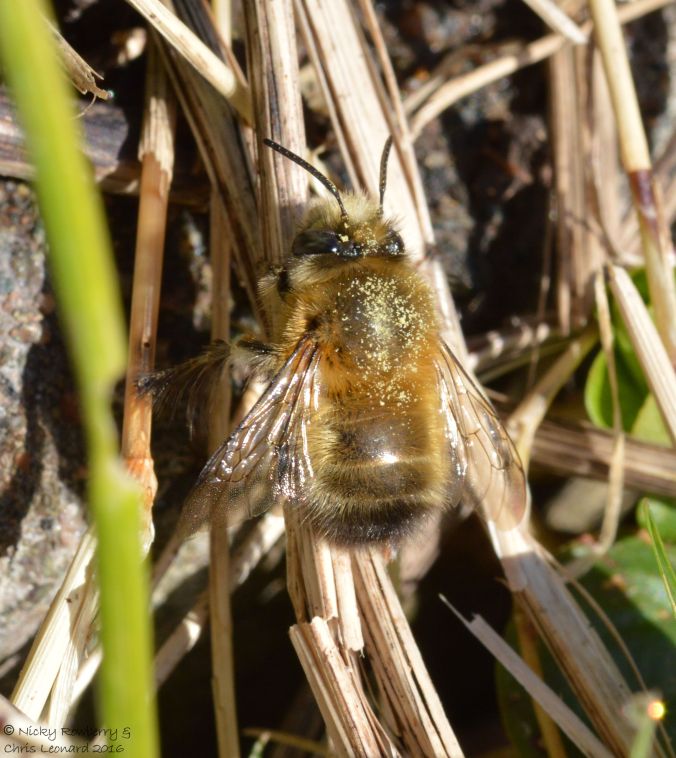 The females emerge a bit later and we saw our first one about a week after the males appeared. They look like a completely different species, being dark pretty much all over, with golden hairs on their back legs. For some reason all the females we saw seemed to be preferring the pink varieties of primrose, whereas the males had been going solely for the yellow (sexual stereotyping in bees???) In the photo below the female already has a male admirer. 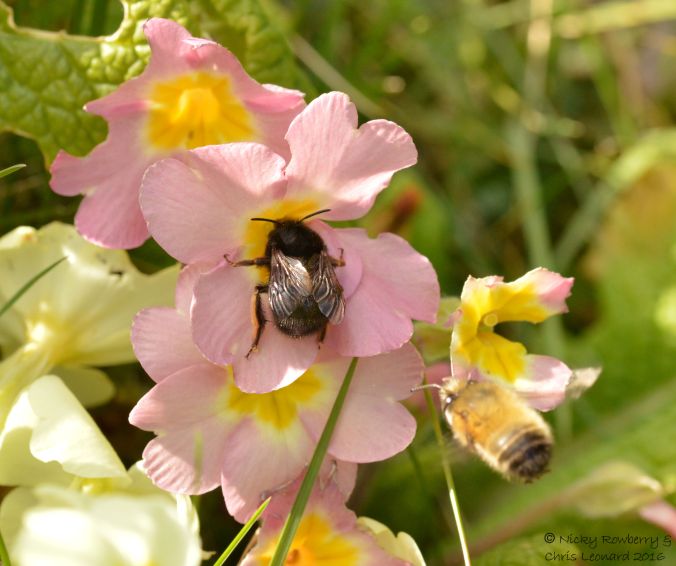 I’d got the trail camera set up in the hope of catching some bee action, and could see from a distance a group of males chasing a female. I thought the trail cam was pointed right at them, but needless to say it was slightly off. So I’ve got several videos showing bits of the chase, but none capturing it completely. Hopefully the one clip below gives an idea of the action though.

To say the males were persistent would be an understatement. They harassed the long suffering female, who was only really interested in the flowers, not her admirers.

I did manage to take the freeze frame photo below from the videos – you can see one poor female, with a line of 4 males looking like they’re queuing for her attention.

I also discovered that the Bees, Wasps and Ants Recording Society are running a Spring bee recording scheme and the Hairy Footed Flower Bee is one of the species they’re interested in. So our amorous little bees have been duly logged. If anyone wants to log their own records, go to http://www.bwars.com/content/submit-sighting-anthophora-plumipes-hairy-footed-flower-bee