Not sure how many daffodils you need to qualify for “a host”, but what few we’ve got are at their best in the garden right now. They seem to be a lot later than everyone else’s in Malvern, the neighbours daffodils were blooming marvellous about 6 weeks ago; but better late than never.

Yellow is definitely this season’s colour at the moment. Some is of course down to me choosing yellow, such as these crocuses, to brighten up the cold days.

But a lot of it is due to the more natural, self seeding “weeds” such as the primroses and dandelions that proliferate in our garden. 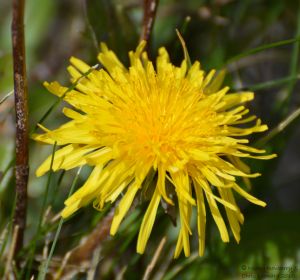 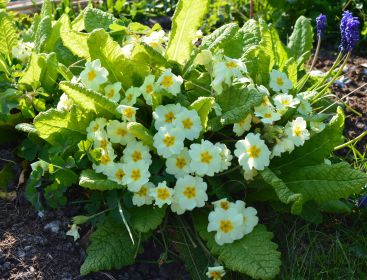 All these spring flowers are good news for the insects, which are now starting to arrive in the garden in moderate numbers. The yellowyness of Spring continued with the first butterfly in the garden – a Brimstone. In typical Brimstone fashion it was too fast to get a photo, but we think it was a male as it was bright yellow – the original “butter coloured fly” or butterfly. Hopefully soon one will hang around long enough to get his photo taken. But the good news was that it meant I could log it onto the new online garden butterfly survey – http://www.gardenbutterflysurvey.org/ – my first record for the year.

As well as the first butterflies and bees, the first wasp put in an appearance too. It was a bit dopey and hung about on the fence, warming itself in the spring sunshine for quite a while – good news for my photography attempts. I know wasps aren’t everyone’s favourites, but close up they really are quite stunning!