Day 17 of 30 Days Wild and it’s Friday again! It started off dull and grey, but by early afternoon the sun was out and the weekend beckoned. It felt like a great start to the weekend when I spotted this Large Skipper before I’d even left work – the benefits of working on an organic farm! 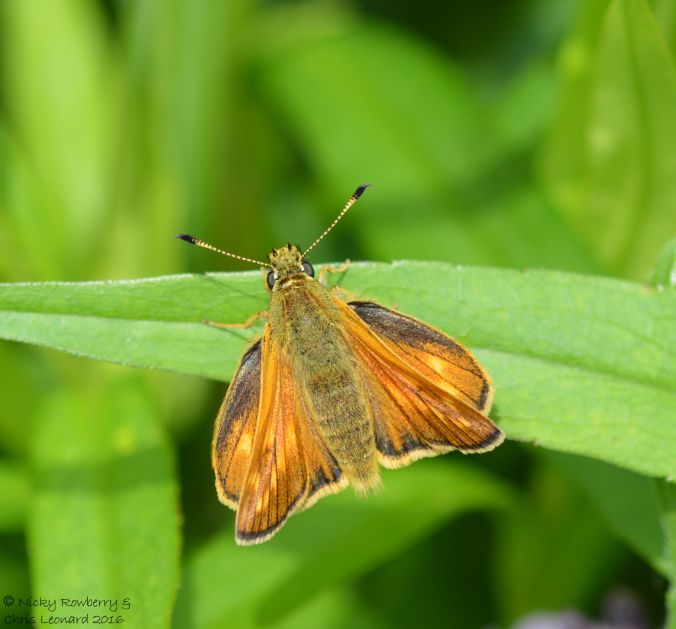 I decided to stop off at one of the local nature reserves on the way home – Brotheridge Green, which was once part of an old railway line. I’ve been there a few times before, but this was the first visit for 2016. The reserve is basically a long narrow strip, formed from the railway cutting at one end and a railway embankment at the other. It’s always been great for butterflies and is another place that is really secluded and makes you feel like you’re the only one who knows about it! At the cutting end the path is bordered both sides by trees and wildflowers. As usual I could hear loads of birds, but my lack of birdsong skills meant I’d no idea what (apart from a pair of Bullfinches that I did actually see).

There were a few butterflies here in the sunny patches. A Speckled Wood, a Red Admiral and some kind of white – it may have been a Green-Veined but I didn’t get a good look at the underside to be sure. 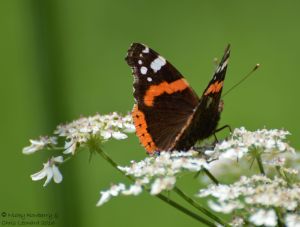 There was the usual abundance of buttercups, cow parsley and what might have been Giant Hogweed (I gave it a wide berth just in case!), but also Deadly Nightshade – I gave that a wide berth too!

As the cutting opened up into the embankment, I got lovely views of the Malvern Hills. I also freaked out two squirrels (greys of course) who raced ahead of me in the trees. At one point it felt like I was herding squirrels, as every time I moved forward so did they.

The wider grassy strip here has always been particularly good for butterflies (I’ve seen Marbled Whites here before, but think I was a week or two too early today). And today I was rewarded with my first Meadow Browns of the year. There must have been half a dozen of them fluttering about in the late afternoon sunshine.

As I turned back, I spotted a flash of red in the grass – I think it was a 6 Spot Burnet Moth, although I can’t be sure as it was at an odd angle. 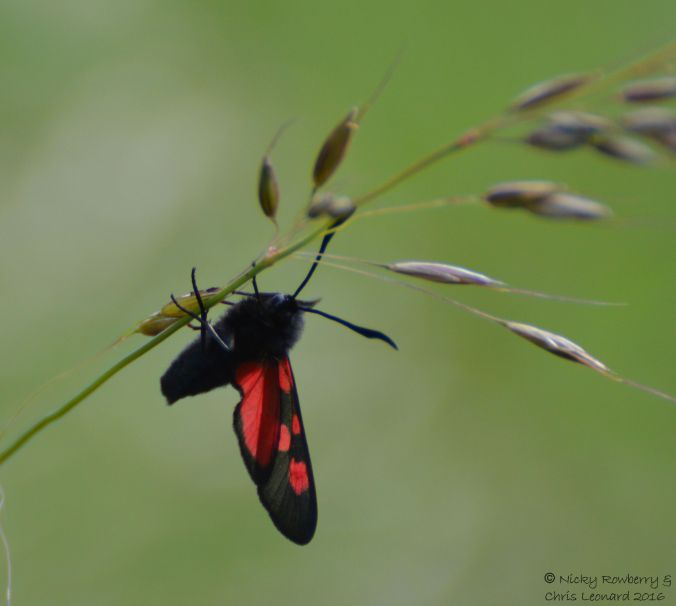 The final insect treat of the walk was this amazing hoverfly that looked just like a bumblebee. I’ve since found out that it is Volucella bombylans var. plumata – there are apparently 2 variations of this bumblebee mimicking hoverfly, the one I found with a white tail and one with an orange tail – amazing creatures.

My final brush with nature today was actually dinner! I’d got a load of the American Signal Crayfish from our fish supplier at work. I’d planned to get and BBQ them last weekend, but although we had the weather, they couldn’t get the crayfish. This week of course, I got the crayfish, but it was raining by the time I got home, so no BBQ, they had to be cooked indoors. These are the “invading” crayfish that are causing all sorts of problems for our native crayfish in UK rivers. Not only do they carry crayfish “plague”, but they damage the river banks and out compete our native crayfish for food and shelter.  So I’d like to think that by eating them, we are doing our own small bit to redress the balance. 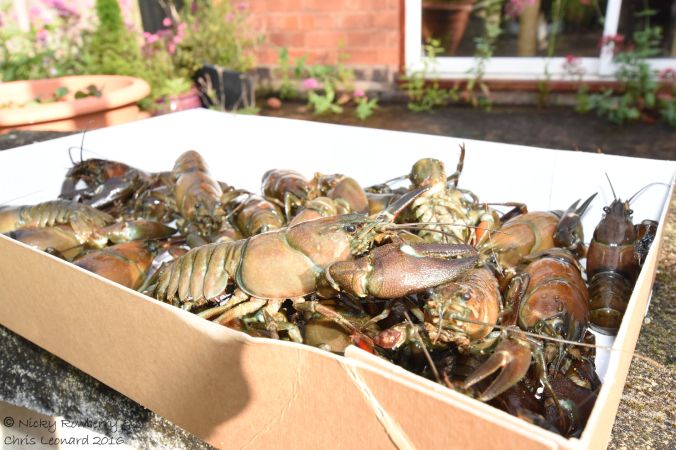 They are called Signal Crayfish because they have bright red claws that they use to “signal” other crayfish or in this case to signal Chris and his camera to back right off.

So today was a day of butterflies and crayfish. It was great to see 5 species of butterfly in one afternoon – don’t think I’ve seen that many since last year. It bodes well for the summer months to come! 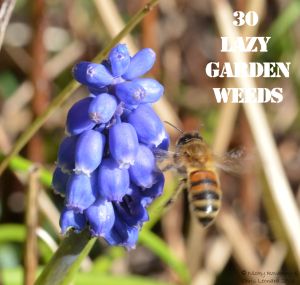 And finally week 17 in my 30 Lazy Garden Weeds – The Grape Hyacinth. Not sure this would be classed as a weed, but they certainly grow like a weed in our garden. In early spring they seem to be everywhere. I always think they look particularly good in the evenings, they almost seem to glow. The bees of course absolutely love them and they must be a significant source of nectar for them early on in the year.