Day 29 of 30 Days Wild and we were down on the beach enjoying the seaside atmosphere. First up a brunch sitting outside at a café that we’ve been going to for about 30 years – think the menu was pretty much the same as it had been all those years ago too, although there was now a Specials board with exotica like Houmous wraps!

We sat outside and were joined by a greedy flock of starlings, who clearly understood café culture. The adults were initiating the young ones into the delights of eating alfresco and watched us keenly to see if we were going to give them anything. They had competition from a couple of seagulls, but thankfully the gulls didn’t actually join us on the chairs like the starlings did.

The view out to sea was the same as I remembered too. Oil supply vessels sitting out at sea, were lined along the horizon. 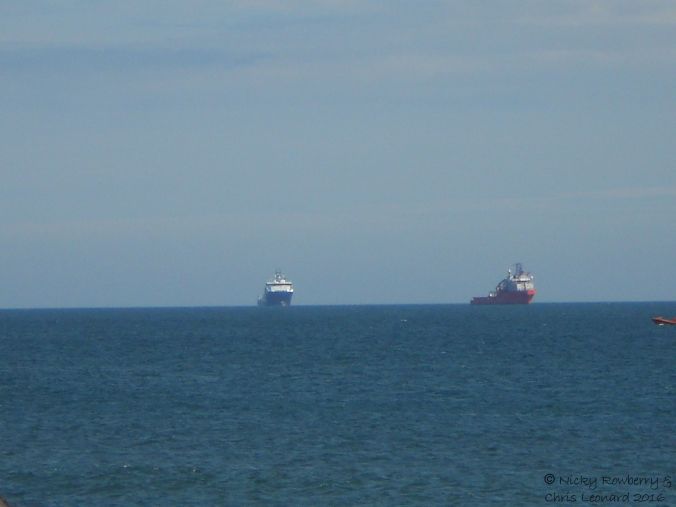 The North-East of Scotland has miles of sandy beaches stretching past Aberdeen up into the sand dunes further north. The tide was in while we were there, so you can’t really see the extent of the sand from the photos. We were lucky in that the sun was shining and we had more or less blue skies, with just a bit of a breeze to liven up the waves.

Chris risked getting soaked to try and get some close up shots of the spray splashing up over the seawall, while I stayed safe and dry further up the steps!

I had thought we might go really wild and go for a paddle, but then I remembered just how cold the North Sea is and how much I really hate getting sand between my toes. In the end I guess we were both just Too Lazy to Paddle!

We headed back into town through the harbour. Aberdeen is a big industrial harbour – all concrete and metal. But even here we found some unexpected delights. These orchids were thriving between the fence and these huge rusty metal chain links. A little splash of colour of nature fighting back. 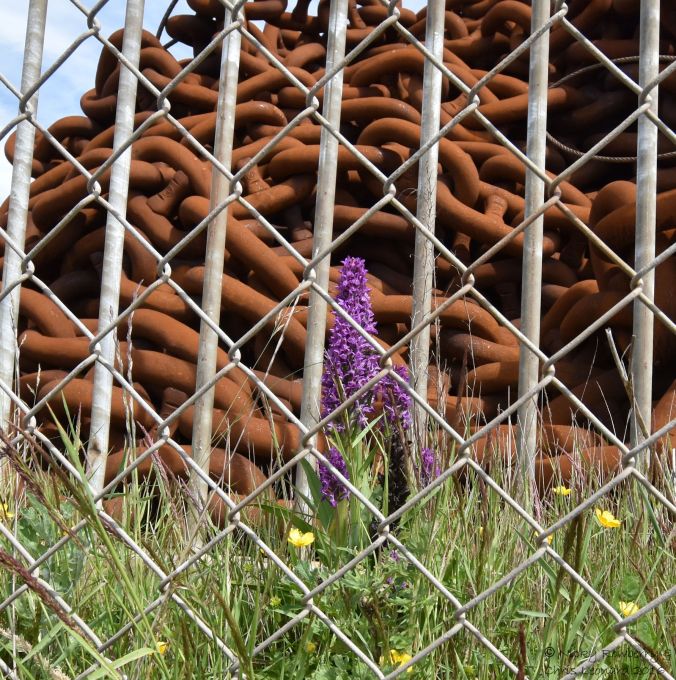 Today was a much more relaxed, lazy day than some of our previous ones and it was really nice just to chill out down at the beach and recharge out batteries. 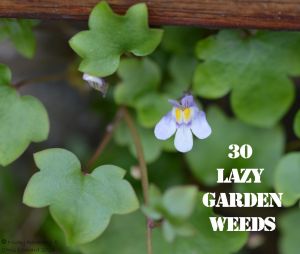 And finally the second last weed in 30 Lazy Garden Weeds – the Ivy Leaved Toadflax. This pretty little flower grows out of our walls at home. For some reason the name Toadflax makes me think of the names of Hobbits in Lord of the Rings, or of some of the rabbits in Watership Down (no idea if the name Toadflax was actually used in either of these of course). The flowers are like little purpley blue snap dragons. They have a clever mechanism whereby they face the sun until they have been fertilised and then they face back to the wall, so that the seeds when they form get embedded in cracks more easily. A clever little plant!