May finished in fine style with a trip to the Wyre Forest and the hunt for another new (to us) species of butterfly. We were joined by our friend Anna who was visiting from Scotland and didn’t mind being dragged out into the woods in search of butterflies. Not only did she not mind, but she is a photographer, who is generous enough with her expertise to give us lots of tips and hints (not that they all went in!)

We parked in the usual spot at the end of Dry Mill Lane and headed off down the old railway track. First stop was an ornately carved bench with a lovely gentleman and his robin friend, who he fed with mealworms regularly.

After a brief chat, we headed on down the track towards a long open area with banks either side –  looked like perfect butterfly ground! 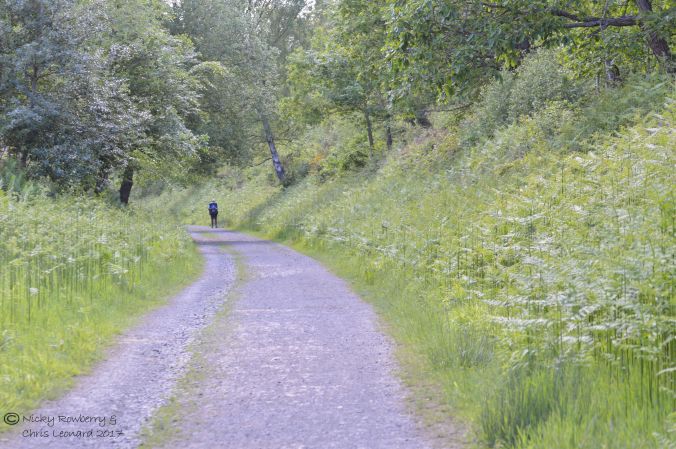 We saw lots of the Pearl-Bordered Fritillaries last year (more photos of those on a previous blog post https://toolazytoweed.uk/2016/05/18/out-and-about-wyre-forest/), so we continued with our hunt for the small ones.

The sun came out about 3pm and suddenly the Small PBFs all started flying. It was hard to count as they don’t really stay still or all show themselves at the same time, but there were probably at least half a dozen. Eventually a few slowed down enough to get some pics.

They are beautiful bright orange little butterflies. To be honest we weren’t totally sure we were seeing both species, although the presence of black marks resembling “730” is supposed be diagnostic of the small ones – see close up photo below.

We had hoped to get photos of the underside of the Small PBF wings, which are beautifully marked like stained glass windows, but they wouldn’t oblige and settle with wings  up. The best we managed was this shot taken while crouching down lower than the butterfly – it gives a glimpse of the underside, but is far from ideal. 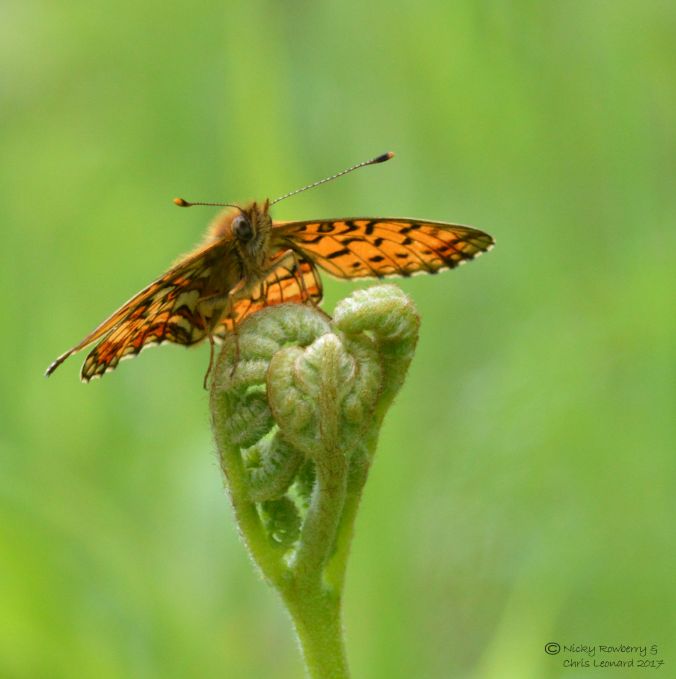 Heading back to the car, we spotted a couple of Large Skippers (or possibly one that was just following us!) The Large Skippers were a bit more obliging than the fritillaries and posed on some bird’s foot trefoil flowers. 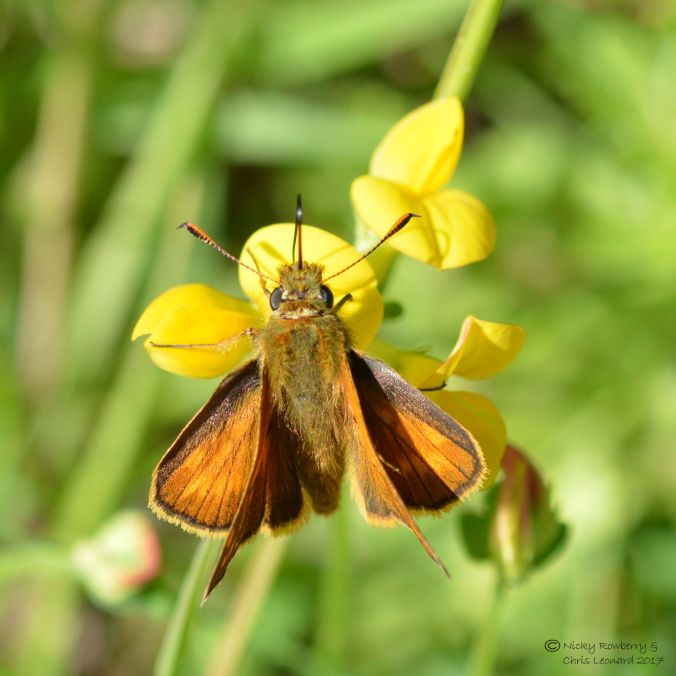 The Small Pearl-Bordered Fritillary is the 41st species of British butterfly we’ve managed to see since we started butterfly spotting. It is the 3rd “new” species that we’ve found in the Wyre Forest, highlighting what a fantastic place the Wyre is for butterflies!