It’s Day 2 of 30 Days Wild and slightly bizarrely I found myself sitting under a bandstand! As I drove home from work today, I was debating what to do for my wild fix. It had been a grey day up on the hill and Titterstone summit had been shrouded in mist for most of it. As I reached Tenbury and drove across the bridge, the sun came out and everything seemed to sparkle, so I decided to go for a walk by the river.

Tenbury is famous for its mistletoe fairs at Christmas time. I wasn’t expecting to see any in June, so was surprised to find a large heart shaped display of it on a wall. At first I thought it was dried seaweed (too many years as a marine biologist have clearly left their mark), which would have been a bit incongruous this far inland. The mistletoe had obviously been there a long time – perhaps some left over display from Valentine’s Day. Mistletoe is after all the kissing plant.

Tenbury sits on the south bank of the River Teme. On the north side you are in Shropshire, but as you cross the river you enter Worcestershire – there’s even a sign on the bridge so you can stand astride the two counties, should you so wish! There’s a big new supermarket by the river, so I parked up and went for a stroll.

The river is only small and wends its way lazily through the town. 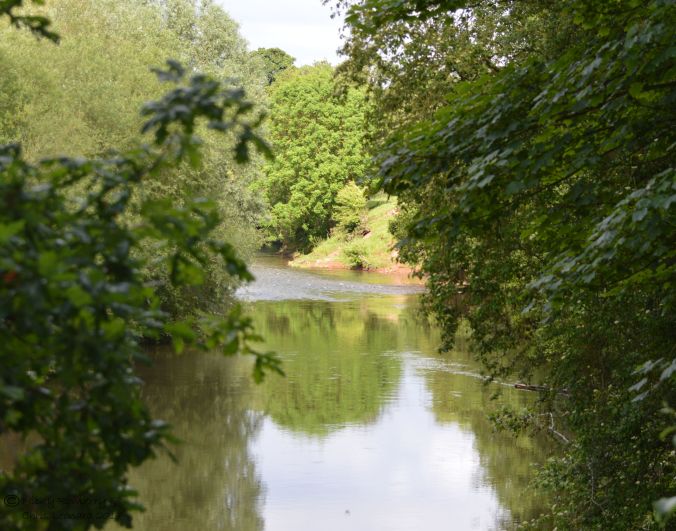 It is flanked either side by lots of trees and the whole area was full of birds and insects. I don’t tend to think of sparrows as being riverside birds, but they were there in abundance. I watched them perch on branches over the water then dart up in the air, catch an insect and return back to the bushes. A wagtail was doing the same, but slightly more elegantly and on the grass park area next to the water.

The big trees lining the water must make for a splendid habitat for lots of species. I found a large Tree Bumblebee sitting appropriately on one of them. 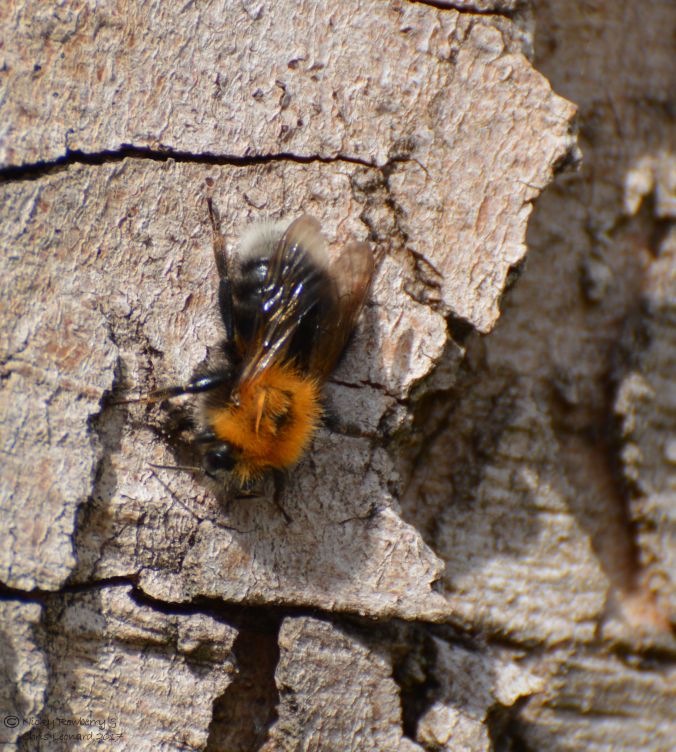 On another tree someone had put up bat and bird boxes.

There was a lot of cheeping noises in the trees and I found a family of blue tits, with a young one still being fed by the adults. Although I could see them, they were unfortunately hidden by too much foliage to get a decent photo.

The pathway I was on opened up into a large park area, with lots of beautiful mature trees. 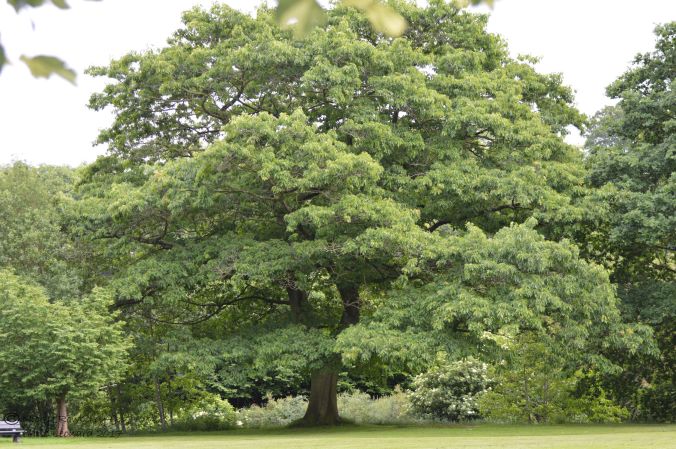 Baby chestnuts were forming on one of them. I don’t think I’ve ever really looked at a chestnut tree at this time of year; I’m used to seeing the chestnuts fully formed in the autumn, not as babies like these. Funny to see what felt like signs of autumn, when summer was barely beginning!

By this time, the sunshine that had tempted me to stop in Tenbury had given way to rain. I quite like walking in the rain by a river and the ducks of course weren’t bothered.

Although the rain wasn’t bothering me, I didn’t really want to get the camera all wet, so sat for a while under a bandstand on the green.

The only other people about were a few dog walkers braving the rain and it was lovely and tranquil sitting there with the sound of the river and the rain. I don’t normally give much thought to nationality; but it occurred to me that you couldn’t get much more English than sitting out in a bandstand in the summer rain watching people walk their dogs across a village green!

I’m not sure if this would count as “wild”, but it was the most peaceful few minutes I’ve spent in a while.