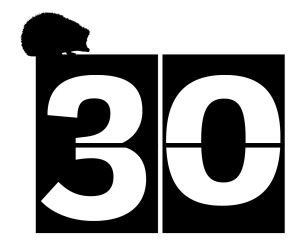 I’m running late with the blog, so this is for yesterday’s Day 30 of 30 Days Wild! I’d thought it would be nice to push the 30 days to the limit and be looking at wildlife right up to midnight on the last day. So the plan was to set the trap for moths, the trail camera for hedgehogs and sit out looking for bats. As it turned out, with a few glasses of G&T and our friend to talk to as we sat outside, midnight came and went and it was 2:30am before we packed up. Not surprisingly then it’s taken a while to get going on the blog today!

All week we’ve been seeing bats in the garden, swooping around hoovering up our plentiful insects. They’ve come really close to the house as they circle around a large buddleia. But last night of course as we sat there waiting for them with bat detector in hand – none at all! It was a bit windy, but other than that the conditions seemed OK, but they were a no-show. Somewhere in Malvern someone else was probably enjoying “our” bat show! So all I can really say is that we normally get pipistrelles, which click on our bat detector at about 45 kHz.

Similarly with the hedgehogs, all week we’ve had a pair snuffling round the garden at night. It’s been great to be able to show our human friend our hoggy friends. So I was sure we’d pick them up on the trail camera last night – but again nothing! This absence can probably be explained though by our gin-swigging presence in the garden until 2.30. If I were a hedgehog I probably wouldn’t want to listen to 3 humans laughing loudly at their own jokes and clinking glasses either! So I’ve no video to show from last night, but fortunately I can do one we filmed earlier in the week (in true blue peter fashion) of our resident pair. It looks like the larger male is trying to woo the smaller female – with very little success!

So that left the moth trap to deliver the goods for our nocturnal nature-fest. But even the moths were few and far between (maybe that was why there were no bats?) A few came while we were still sitting there, but refused to actually go in the trap. This pretty green Common Emerald fluttered about and two Swallowtail moths entertained us by flapping somewhat ungracefully around us for a while. One of the Swallowtails was even still there in the morning. 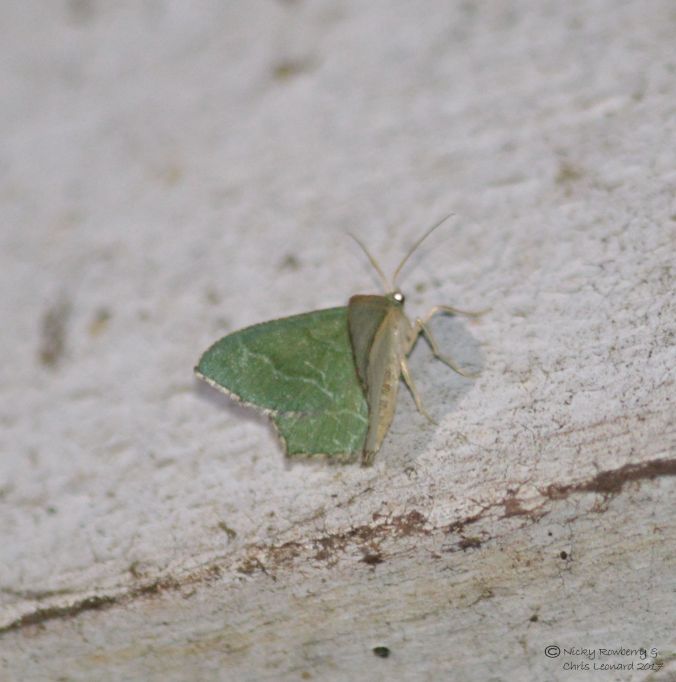 My first Mother of Pearl of the year sat on the outside of the trap but didn’t go in – hence the shadowy photo lit up by the blue bulb from the moth trap.

There were a few Heart & Darts and a couple of other species in the trap when I emptied it this morning. None made for great photos apart from this Garden Grass Veneer. 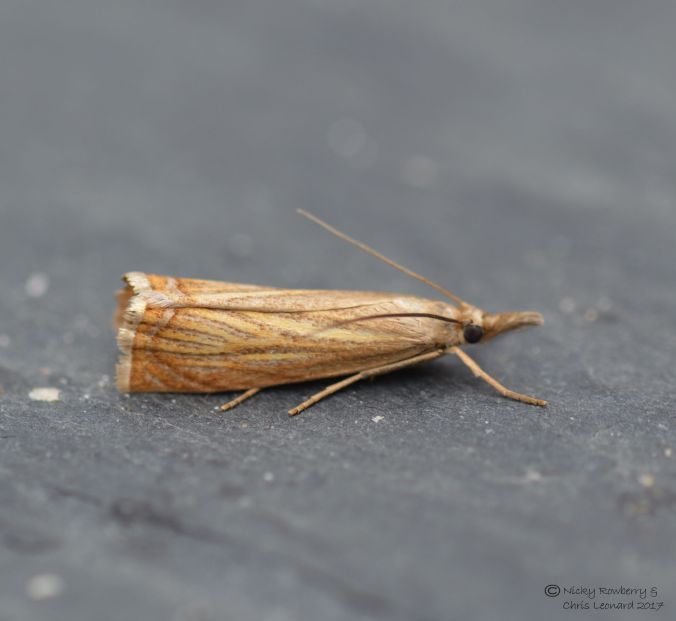 There was one final mothy visitor – our friend spotted movement in the bushes this morning and found a Common Footman. 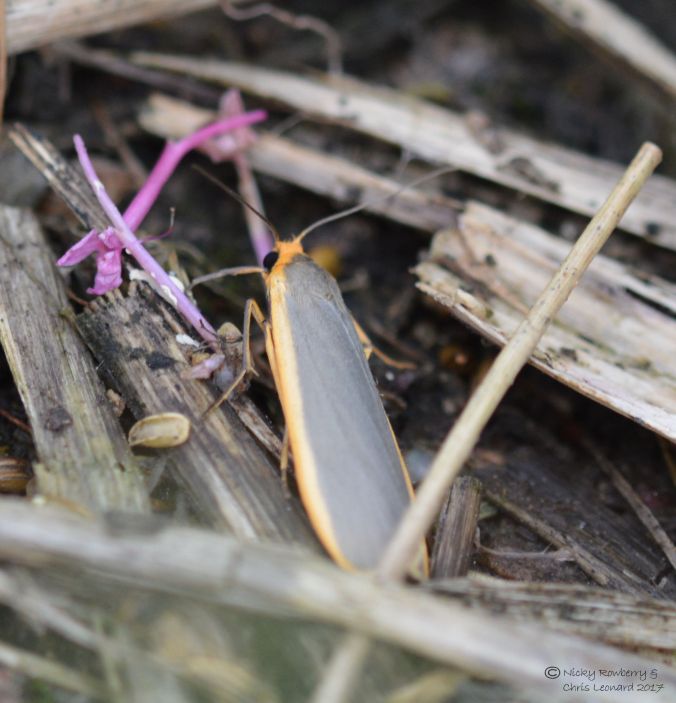 So our nocturnal safari of wildlife round the garden didn’t quite go as planned – when do things ever? But it didn’t matter at all. We had a thoroughly enjoyable evening sitting out in the garden until all hours, making the most of just being outside.

So that would have been the end of the blog post for Day 30, except that this morning as we photographed the last of the moths, suddenly the garden filled with butterflies (maybe wanting to get in on the act as Day Moths?). We’ve had hardly any butterflies lately but today we had 7 species fly in all within the space of an hour or two.

Every year we seem to get a pair of ringlets and sure enough they turned up today. One even chased off a Meadow Brown from his patch!

Then the first Red Admiral we’ve had for ages flew in and out, stopping to feed on the buddleia for a bit.

We also saw Large Whites, one Small White and a fleeting Comma. Two Small Tortoiseshells completed the day’s sightings. They fed on the buddleia (too high up for photos), the red valerian (waving about in the wind too much for decent photos) and thankfully one settled on the stationary table for an easy photo.