Lovely day yesterday out and about at Grafton Wood, one of our favourite butterfly hunting spots. Forecast was for sunny spells in the morning so we headed over, hopeful of a good day’s butterfly spotting. The sunny spells were slow to materialise and for the first hour we hardly saw a butterfly. Nor did we see anyone else, it was as if everyone else knew the butterflies were having a day off! Eventually though the butterflies started to appear – a slightly dopey Common Blue was the first to pose for us. 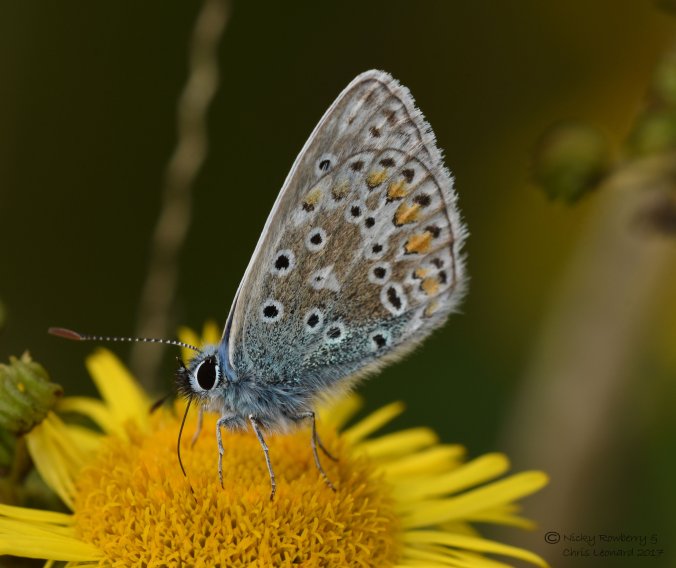 After the initial dozy one, more blues arrived plus Green-Veined Whites and our first Painted Lady of the year.  All in all we tallied up 11 species – not bad after such an unpromising start. 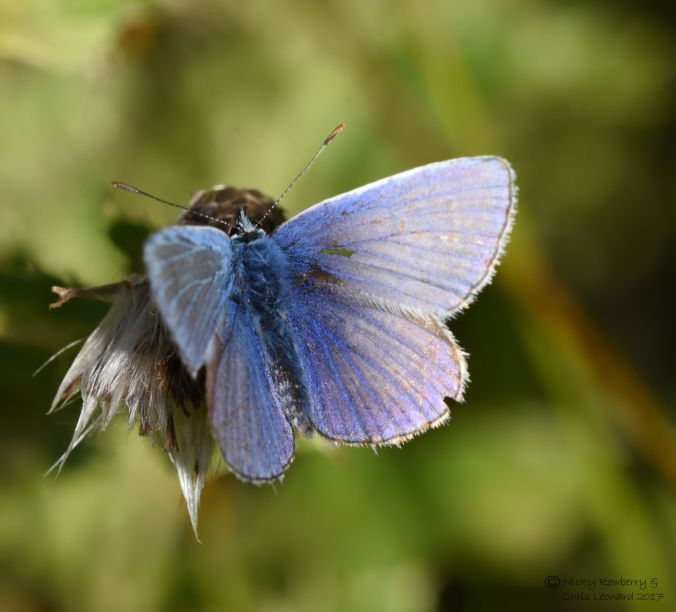 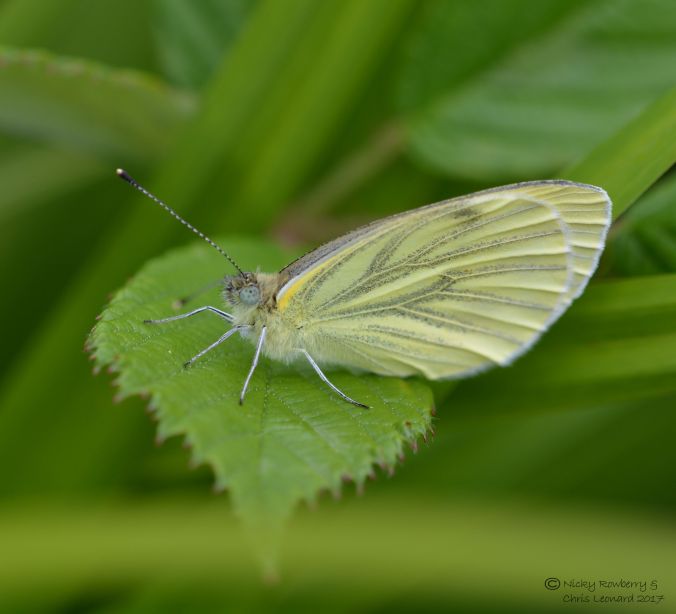 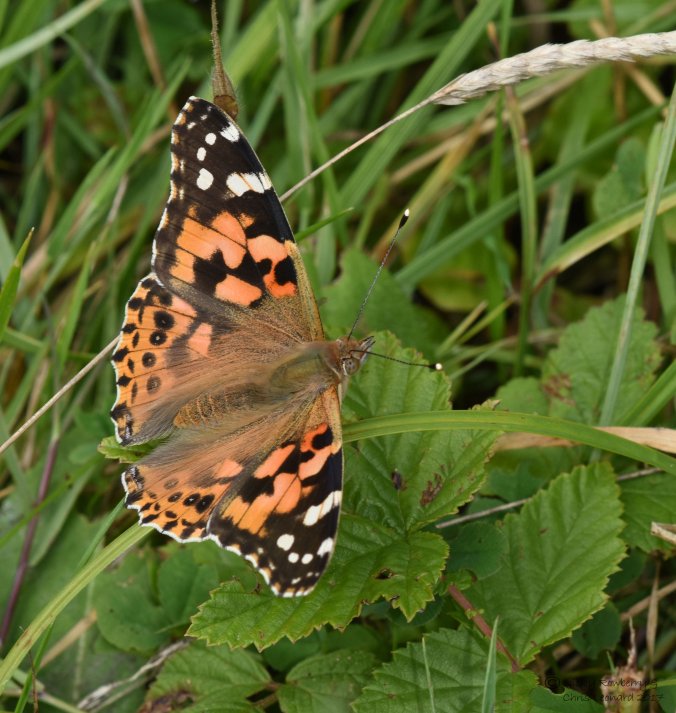 The one butterfly we’d particularly hoped to see though, the Brown Hairstreak, eluded us. They are notoriously tricky to find and we’ve only ever seen one, right here at Grafton Wood in 2015. So it was no great surprise not to find one yesterday. We did however meet  a very helpful gentleman who gave us some top tips for spotting them and showed us some new areas of the wood to look for them in future.  So butterfly-wise we were very happy.

But Grafton Wood is buzzing with more than just butterflies, there are plenty of other insects to enjoy. We kept seeing beautiful big hornets – either Grafton has lots of them or we were being stalked by the same one everywhere we went. 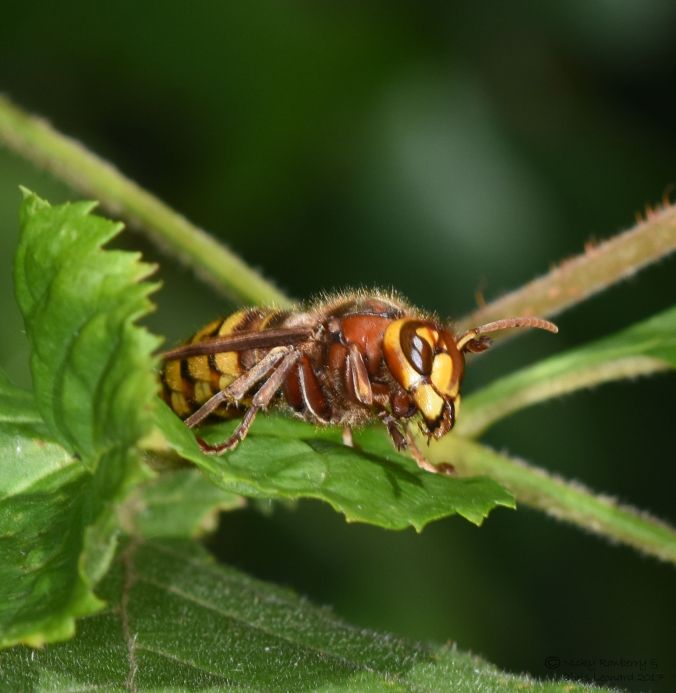 There were lots of small moths flying about in the grass, but the mothy highlight was spotting a group of Buff Tip moth caterpillars that had almost stripped a young tree bare. 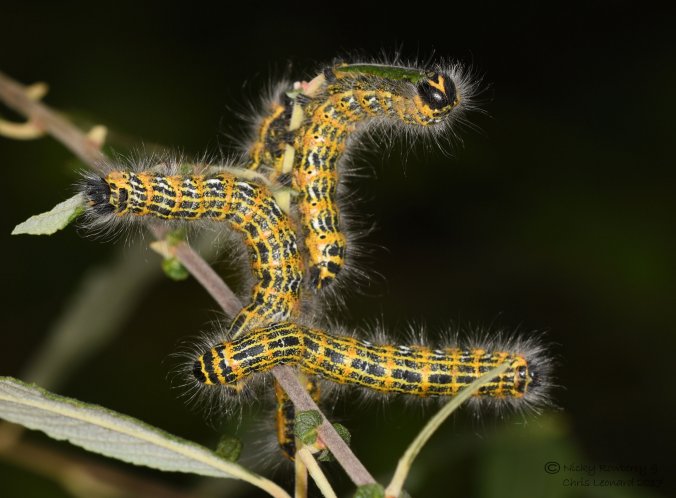 We also saw a few shieldbugs, including this nice specimen of a Forest Bug (Pentatoma rufipes). 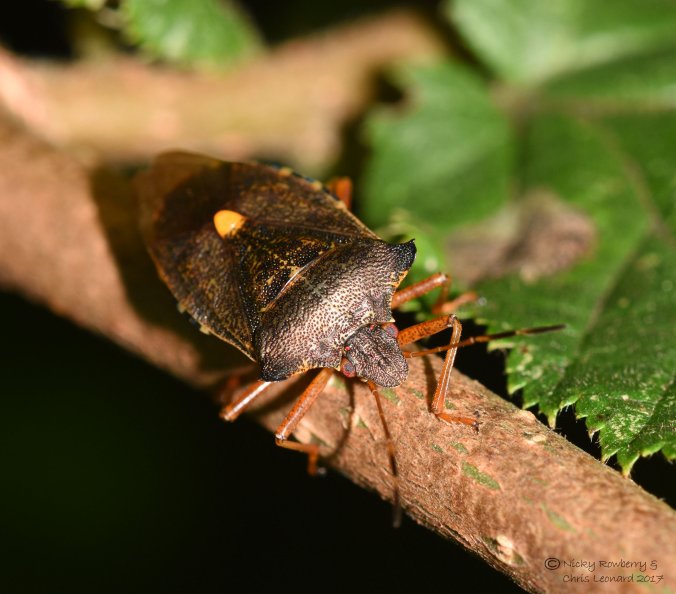 In the sunnier periods we could hear crickets chirruping in the grass. We saw several of these particularly large ones, which turned out to be a new species for us  – the Long-winged Conehead (Conocephalus discolour). 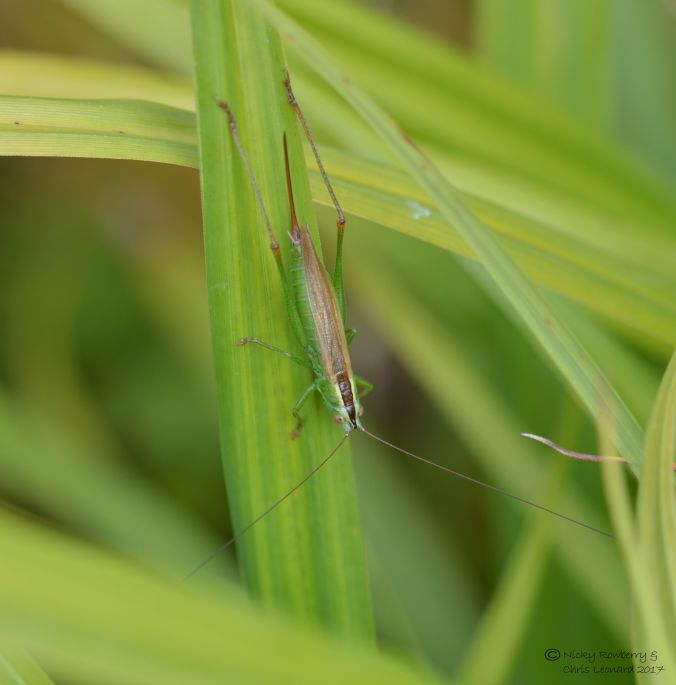 Grafton is also a great place to go for dragonflies and damselflies. Darters (like this female Common Darter (thanks to Neil for ID)) were reasonably common all over the wood. 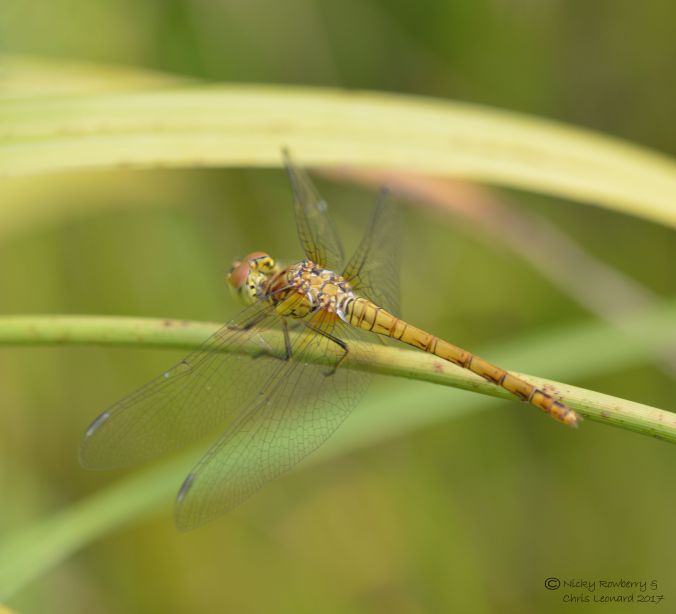 We also saw several of the much larger Southern Hawker dragonflies, particularly around the small pond. They seemed to be inexhaustible though and never once did we see one land. Both of us spent ages trying to get a photo of one in flight over the pond; this blurry shot was the best we managed. 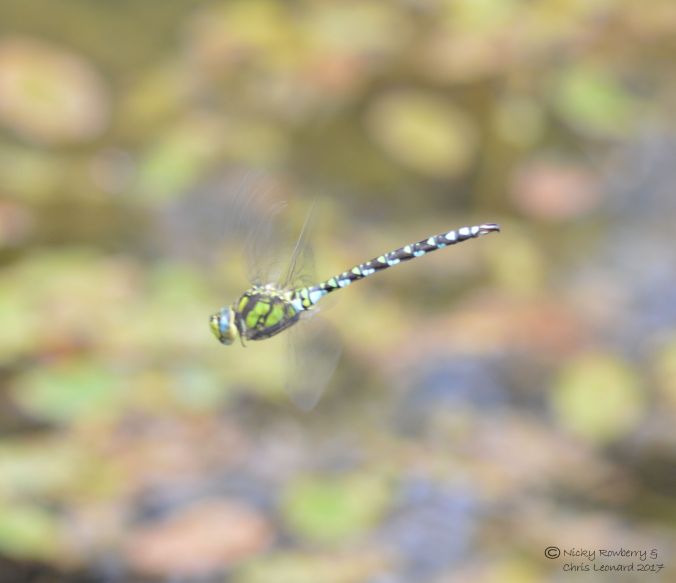 Damselflies were also common around the pond – again another new species for us – the White-legged Damselfly (Platycnemis pennipes), which has, as the name suggests, white legs! (although to be honest the legs look more like pale blue to me) 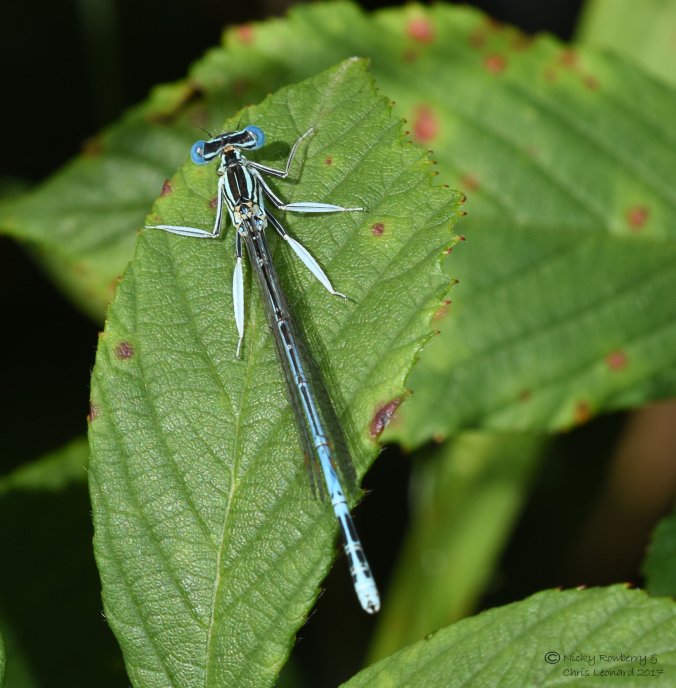 I found one individual sitting on a flower, seemingly staring straight at me. It stayed so long and I spent so long trying to get the perfect photo, it ended up feeling like we were having a bit of a staring contest – if we were then he won! 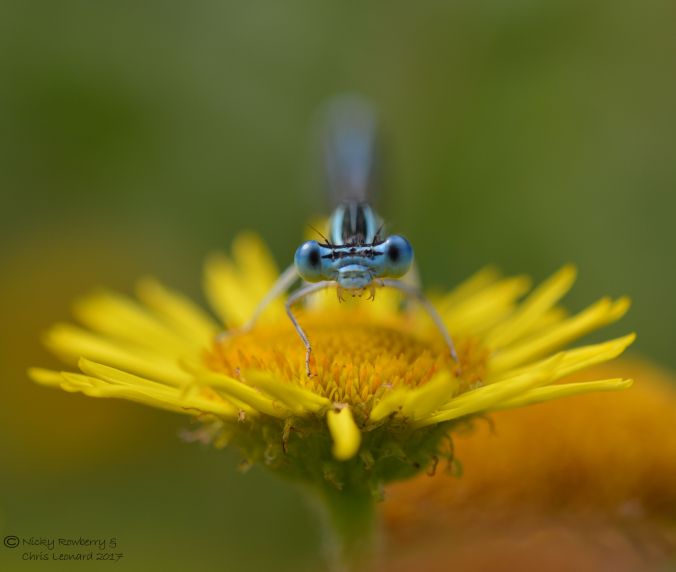 One insect we’d been trying to get a photo of all summer, was a scorpion fly.  These are seriously weird looking insects, with a long beak like structure on the head and a scorpion style tail on the males. We’d seen lots of them at Trench Wood a few months ago, but then only the females which don’t have the scorpion bit. Grafton Wood however was buzzing with males. It still wasn’t easy to get a photo of the tail as the wings kept getting in the way, but here are our best efforts. 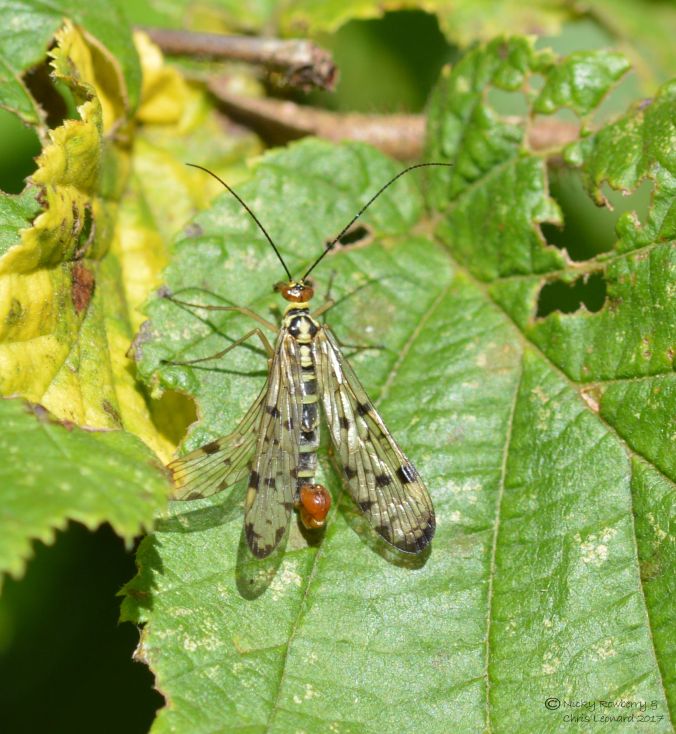 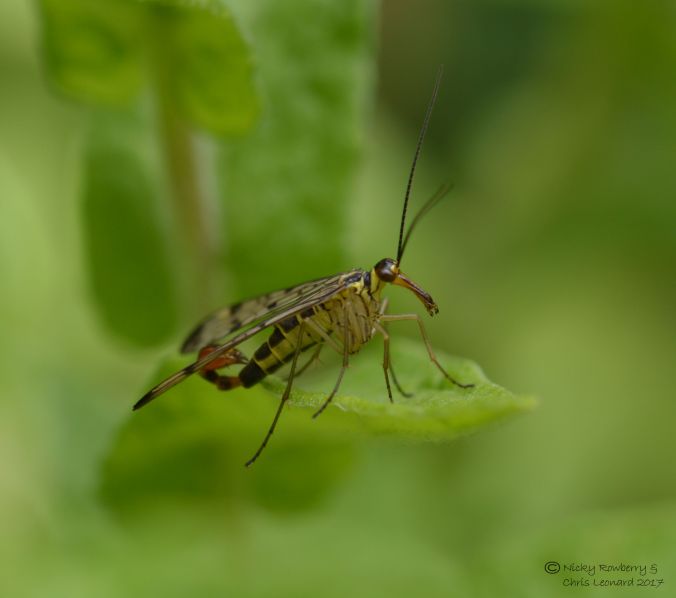 Final surprise of the day was a cheeky little deer face, peeking at us over the wheat field as we walked back to the car. 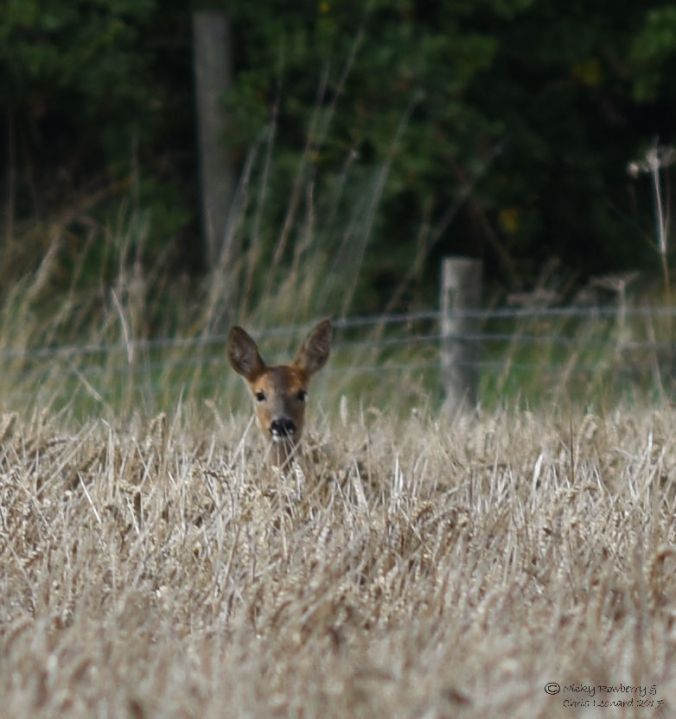 Grafton Wood has never disappointed us and this weekend was no exception.