This weekend is Moth Night (it troubles me every year that Moth Night is actually a weekend!). It was supposed to be a fairly windy night and the various moth groups I follow were abuzz with prospects of exciting migrant moths being blown in from the Continent. One of the themes for this year’s Moth Night was the importance of ivy as an autumn food source. I cleared a path to our patch of ivy, so I could get close up for nocturnal photos and out my moth trap went in hope and anticipation. As anyone who reads my blog, or indeed anyone who has ever tried photographing wildlife knows, things rarely go to plan.

So the moth trap attracted just a measly 10 individuals of 8 species. October is getting near the end of moth season, so I was never going to get hundreds of moths, but I had hoped for a bit more of a selection. There are some lovely colourful autumn moth species, but none of them fancied my moth trap last night. I did get two migrants – both Silver Y moths – seen here with their distinctive y or gamma (hence their latin name Autographa gamma) marks on the wings. 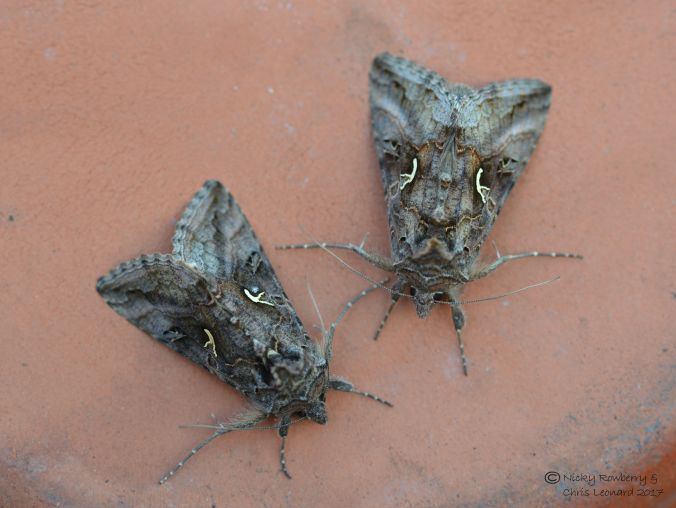 The remaining 8 moths were made up of 2 Common Marbled Carpets, 1 Light Brown Apple Moth, 1 Blair’s Shoulder Knot, 1 Lesser Yellow Underwing, 1 Setaceous Hebrew Character, 1 Black Rustic and 1 Shuttle-shaped Dart. All lovely moths in their own right, but not the most exciting selection. 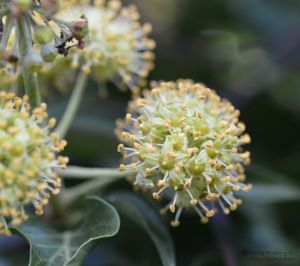 The ivy was also a complete wash out. Although it was in full flower, I didn’t see a single moth on it. Admittedly I didn’t sit in the bushes staring at it all night, but I did pop out for frequent spot checks. Maybe the light from the moth trap was doing too good a job attracting what few moths there were and keeping them away from the ivy? I’ll keep checking the ivy over the next few nights – it will be too late for Moth Night, but I’d like to get a photo of at least one moth on it. I did check out the ivy this morning and it was buzzing with bees (who had clearly got the memo the moths had missed about it being a good source of food in the autumn!). No sign of any Ivy Bees, but plenty of Honey Bees making the most of it. 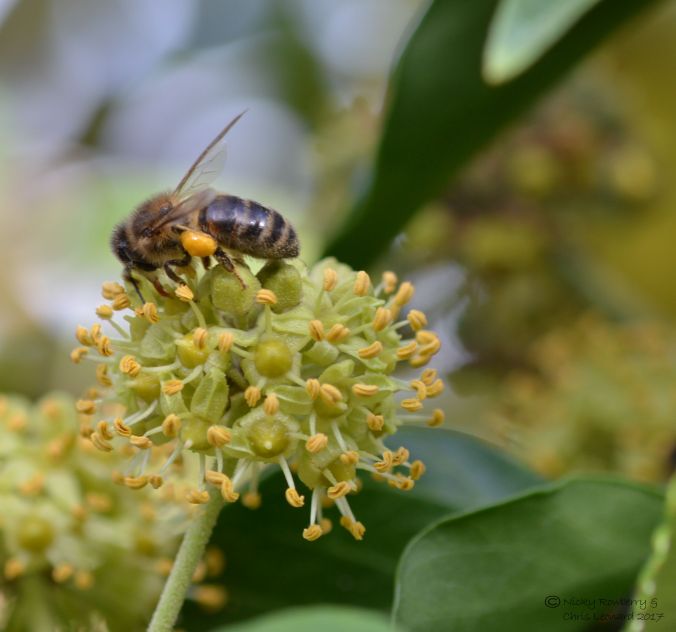 One surprise find to finish off Moth Night was this mouse. As I was putting the moth trap away in the garage, I saw movement from the box with the birds’ peanuts in. A mouse had got stuck in there and looked just as surprised as me. A quick photo and he was running free in the garden again, although he may have preferred to stay in the garage with the bird food.