It is now a couple of weeks since the official start of spring, but it’s felt like it’s been a bit slow actually happening. But having looked at some of the animals we’ve seen in the last few weeks, maybe spring is slowly, tentatively, making itself known after all.

So first up, one of my all time favourites and the first bee of the year – the Hairy Footed Flower Bee. As is so often the case with these, I heard it before I saw it – a male buzzing energetically around the primroses. No sign of any females yet, I think they emerge slightly later. 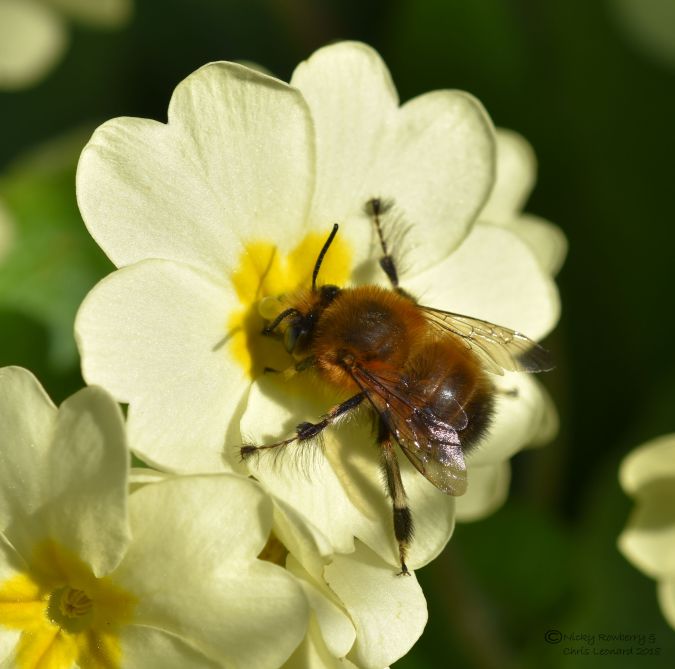 March also sees the start of the annual Garden Moth Scheme. It’s been a particularly cold and wet start so I’ve not had a huge variety, but numbers are slowly picking up. Here’s a nice trio of the Orthosia genus – a Common Quaker, Clouded Drab & Twin-spotted Quaker.

The moths may be trickling in, but the butterflies have been very slow – not seen a single one in the garden yet this year. But we went for a walk in nearby Priory Gardens a week or so ago and spotted quite a few. A bright yellow Brimstone (way too fast to get a photo), several Commas and at least half a dozen Small Tortoiseshells – all basking in the sunshine. 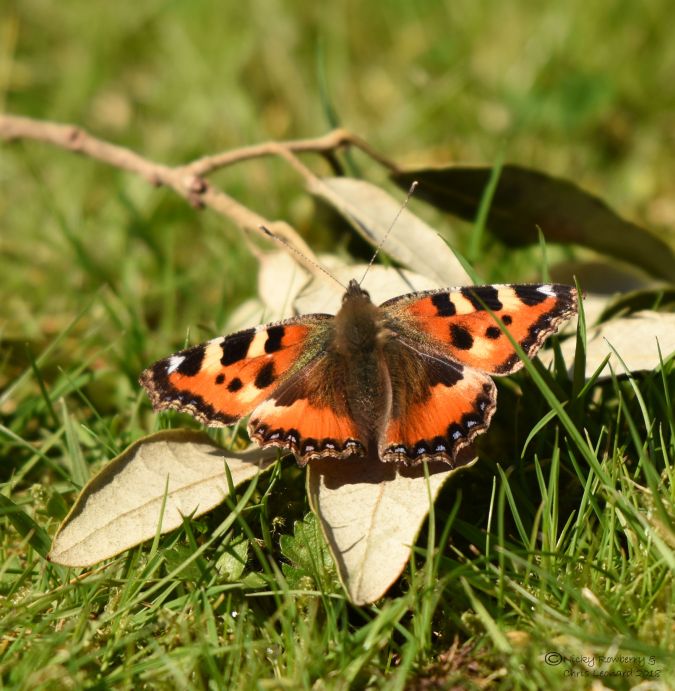 One thing I’ve been particularly looking forward to is the arrival of frog spawn in our allotment pond. We put the pond in too late last year to get spawn laid, but this year we were good to go and the frogs didn’t disappoint. Here’s a quick video using the new GoPro camera. More froggy updates to follow in the next blog post as the tadpoles develop.

We didn’t see any frog spawn in the ponds at Priory Gardens, but there was plenty of bird activity. A couple of moorhens and lots of ducks, including this splendid looking mallard. There’s something about watching ducks on a pond in the sunshine that is not only really relaxing, but feels very spring-like to me. 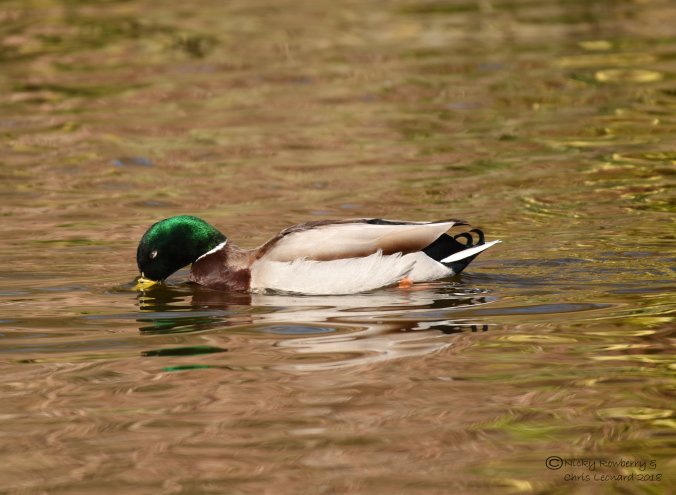 The previous blog post was all about the peregrines up on the hill, but they weren’t the only birds we saw that day. This male bullfinch looked to be enjoying the spring sunshine sitting on a wild cherry tree (cherry blossom buds being one of their favourite foods apparently).

We also spotted jackdaws that had found some crevices in the rock face to nest in. The hole didn’t look that big, but they were taking quite sizeable twigs in there, so perhaps it opened out inside.

I don’t know if this dunnock was sensing spring or just feeling a bit odd, but it was behaving very strangely. It spent about 10 minutes sitting on top of the hedgehog house (not a safe spot since the neighbour’s cat often sits there), fluffing up its feathers repeatedly and shuffling about. It looked almost as if it was incubating eggs but there was no nest there (I did check it hadn’t laid anything). It stretched its neck out a few times and gaped its beak as well. I know dunnocks have some weird mating habits, but there didn’t seem to be another dunnock around for it to impress with the behaviour. Whatever it was doing it got fed up eventually and flew off into the bushes quite normally. If anyone can shed any light on the behaviour, it would be very much appreciated.

The dunnock may have been behaving strangely, but it was perfectly obvious what this blue tit was up to – gathering nest material. I saw someone suggest recently that you could provide nesting material by tying two hanging basket frames together to form a rough ball and filling them with moss and the like. Apologies to whoever’s idea it was, as I can’t remember where I saw it to be able to credit them properly – but it was a great idea, thank you. We had some old hanging baskets kicking around the garage and the “lawn” is full of moss,  so this was an easy idea to achieve. And the blue tits seem to appreciate it as almost immediately they started taking great beakfuls of moss and flying off with it. 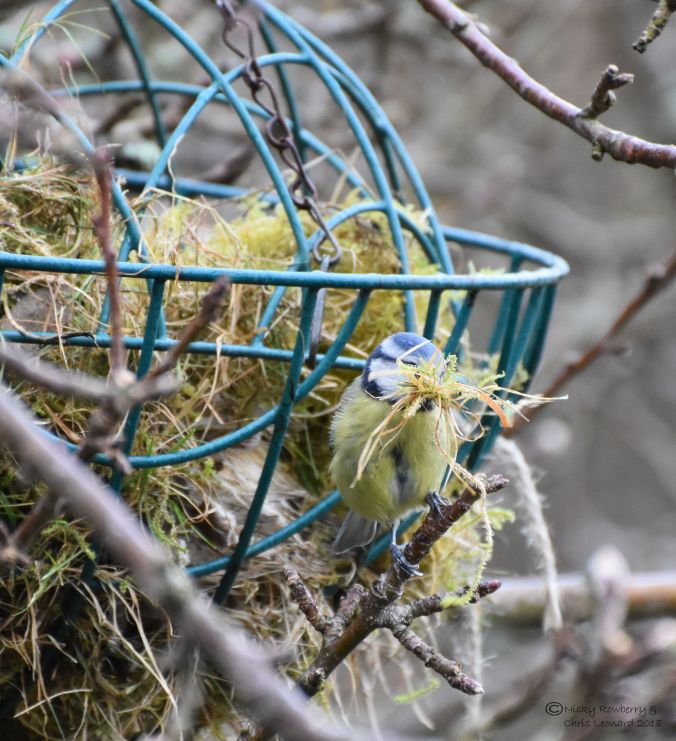 Once it had got a beak’s worth of moss it would then stop on a twig to rearrange the moss a bit more tidily (presumably so it could see where it was flying), before taking off.

If only these blue tits had taken the moss back to the lovely nesting box with camera in that we’ve now had up for 2 years in exactly the spot where they used to nest! But no, they must be nesting elsewhere and all we’ve got on the nestcam is a spider’s web! Still at least we know they are nesting somewhere and that we’ve helped a little bit.

And finally spring must surely be on its way because our hedgehog is back! Whether it is Fat Sam from last year emerged from hibernation or a completely different hog, I have no idea. But it looks big and healthy and has a good appetite.

None of these signs of spring maybe big newsworthy events,  but sometimes it’s spotting the small things in life that gives the most pleasure. And we’re certainly very happy that spring is finally on its way to Malvern.