Way back in February, we took up Worcestershire Wildlife Trust’s Rent-a-Nest scheme. Having failed spectacularly to get anything to nest in our boxes at home, we figured we could at least support one at one of our favourite local nature reserves. So we chose a Knapp & Papermill nest box and were allocated Box No. 15. As part of the lease, we were to get a guided tour of “our” nest box in the spring. So skip forward a few months and a week or so ago, we met up with Garth from Worcestershire WT who led us on a very entertaining and informative walk to see Nest Box No. 15. Amazingly the sun shone down even though it was a bank holiday weekend and the public were out in force enjoying the nature reserve. It was great having Garth point out things on the walk that we would never have known were there – such as a Mandarin duck nesting quite high up in an old tree trunk!

We reached Nest Box No. 15, tucked away from sight and Garth cautiously peered in and confirmed that our box was occupied by a blue tit. I had a very quick look in and could just see a little blue head. Obviously we couldn’t take a photo of the blue tit inside the box as we didn’t want to terrify it with the flash, so all I can offer is a photo of the box itself. The entrance has been reinforced with metal to prevent larger birds getting in to predate the chicks.

We left Garth to carry on his walk and his butterfly count (part of a regular count he does for Butterfly Conservation) and pottered around the reserve on our own for a bit. We’d last been to Knapp & Papermill in the winter when everything was green and white with snow drops. Now, in spring, we had the same colour scheme, but it was wild garlic that carpeted the slopes amongst the trees. The scent was unmistakable, but fortunately we like garlic!

Butterflies were out in good numbers – lots of Orange Tips that were too fast to photograph, but also a few lovely fresh Green-Veined Whites who were a bit easier to track. 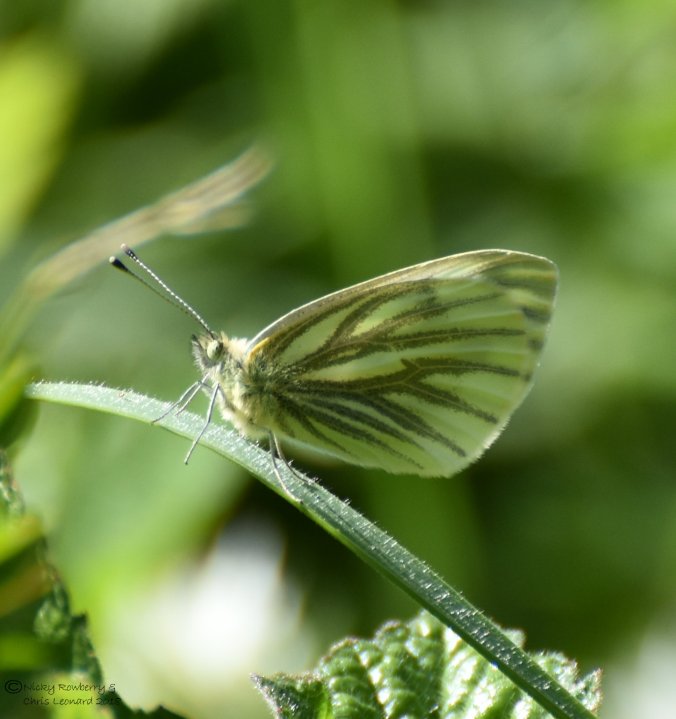 The reserve is one of the best sites we know of to see demoiselles, but it was still a bit early for these. But the pond near the reserve entrance provided our first damselfly of the year – a Large Red Damselfly. 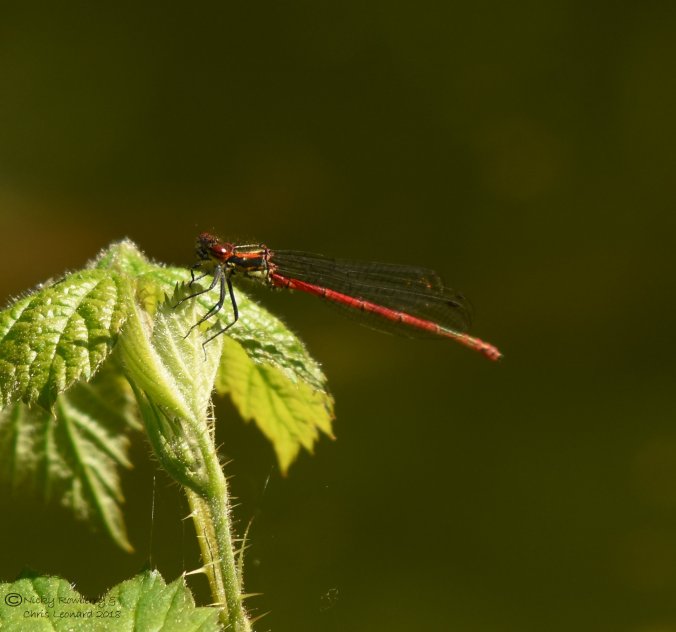 So all in all a lovely way to spend a few hours on a bank holiday weekend. There are nest boxes (and bat boxes) all over the reserve, but apparently only about 25% are sponsored. Hopefully we can continue to sponsor a box in years to come. The money helps with the costs of maintaining the reserve and we get the pleasure of seeing a nest box that actually gets used – if only the Knapp blue tits could pass the word on to our own blue tits and get them to use our garden box too!