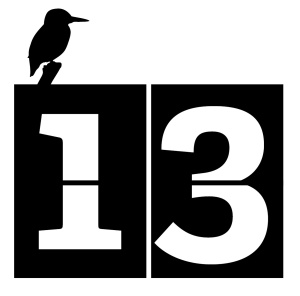 Day 13 and it’s Monday – never the most inspiring day of the week and today was a wet one to boot. So I was wondering what to do for 30 Days Wild to lift the spirits. On the way home I pass an open area that is basically just a very wide verge along the side of the road. As the sun finally came out at this point, I stopped to take a look. We went butterfly spotting here last year as it attracts a lot of species – Marbled Whites, Small Coppers, Blues, Skippers etc. So I hoped it might have something today too. It may not have been the perfect weather, but the area was buzzing with life. 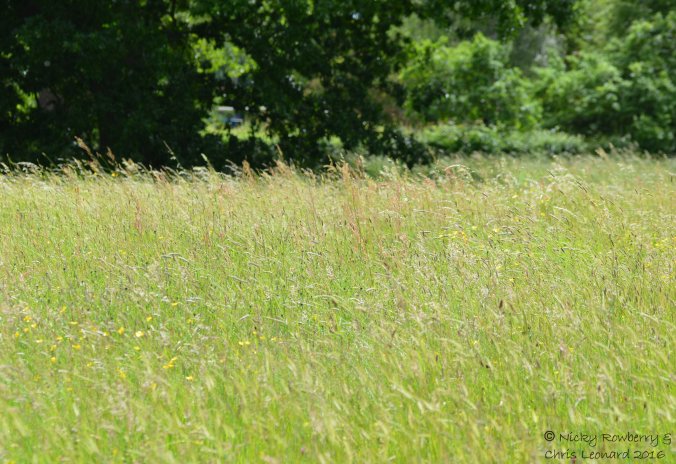 Malvern Council thankfully don’t cut the long grass here (apart from a stretch right next to the road) until after the summer, so there are lots of flowers and insects. Yellow Rattle (below) was a common plant, with lots red and white clover, buttercups and even an orchid. 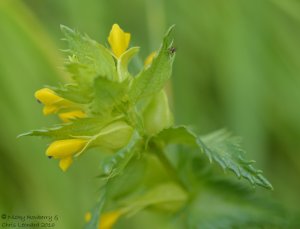 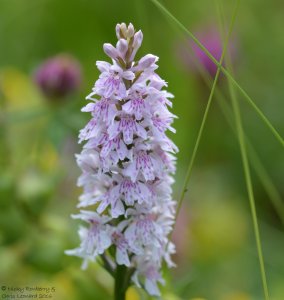 The first insect I spotted was an old favourite – the Seven Spot Ladybird (although it did seem to have a couple of extra spots down one side strangely). 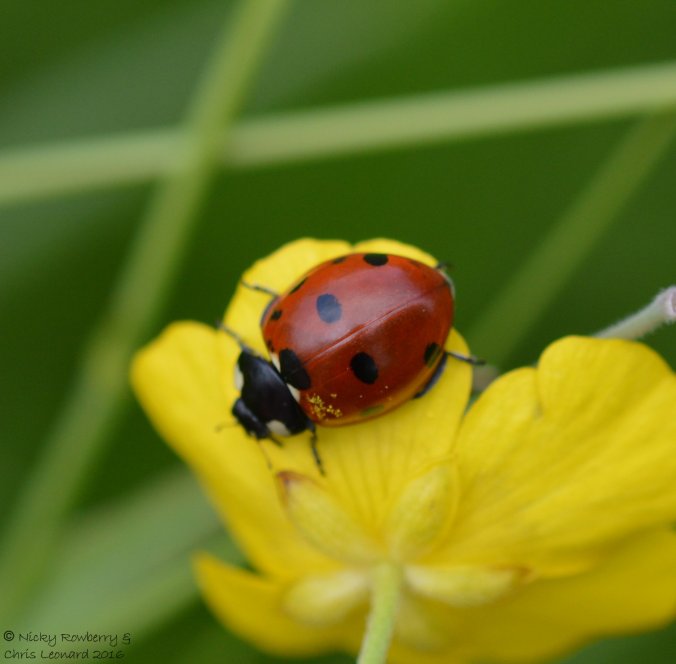 The cornflowers were all full of ants – you can just about make them out in the middle of the photo below. 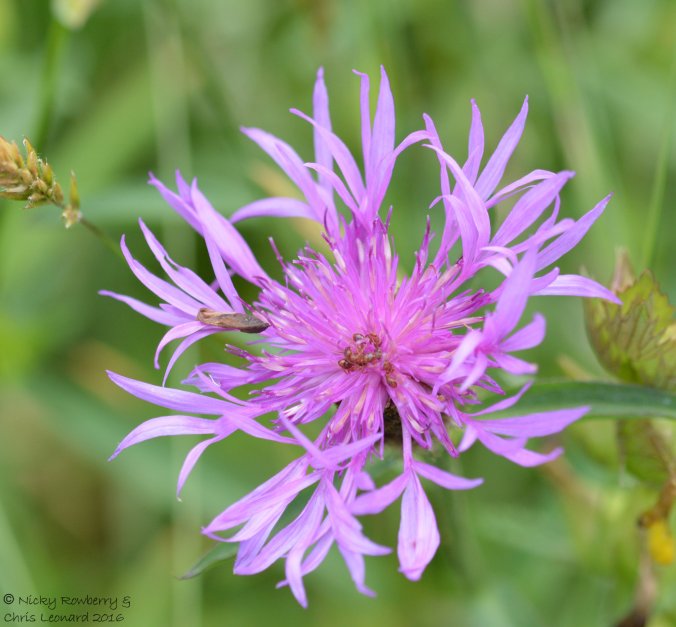 The cow parsley was particularly popular with the insects – like this large yellow sawfly and several day flying moths below. 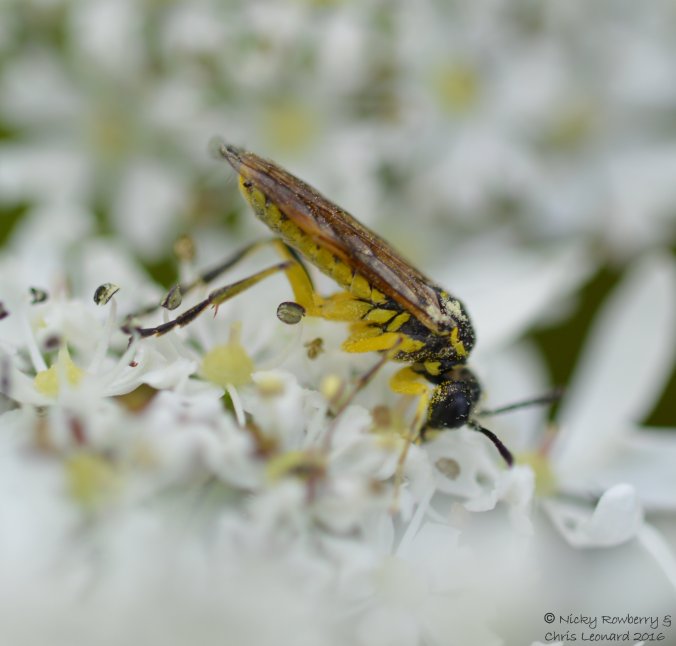 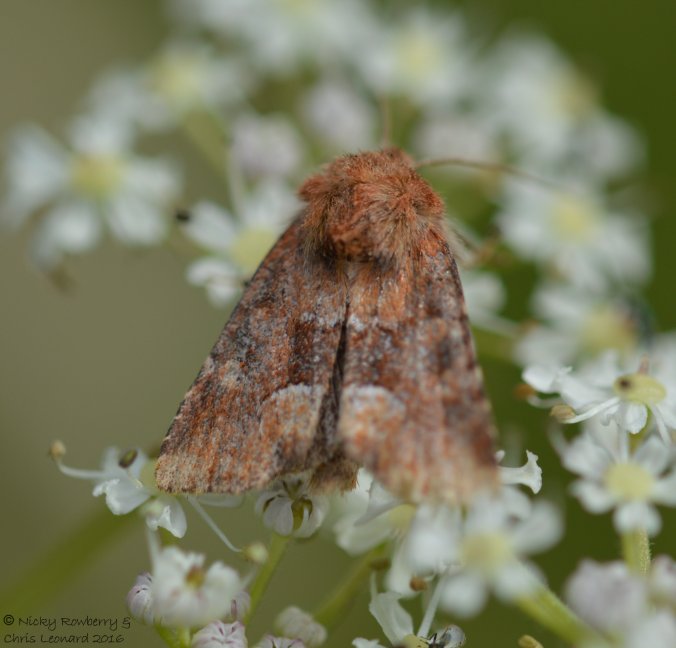 The clover and yellow rattle were particularly popular with the bees. 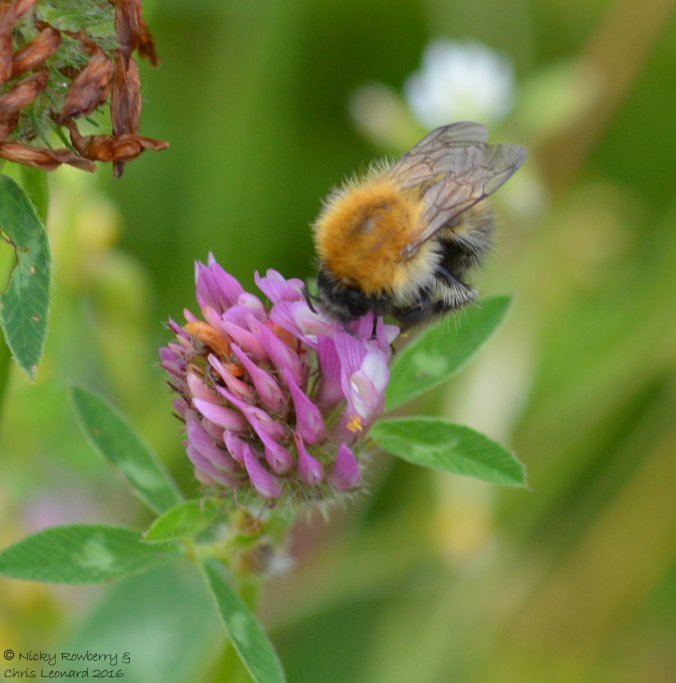 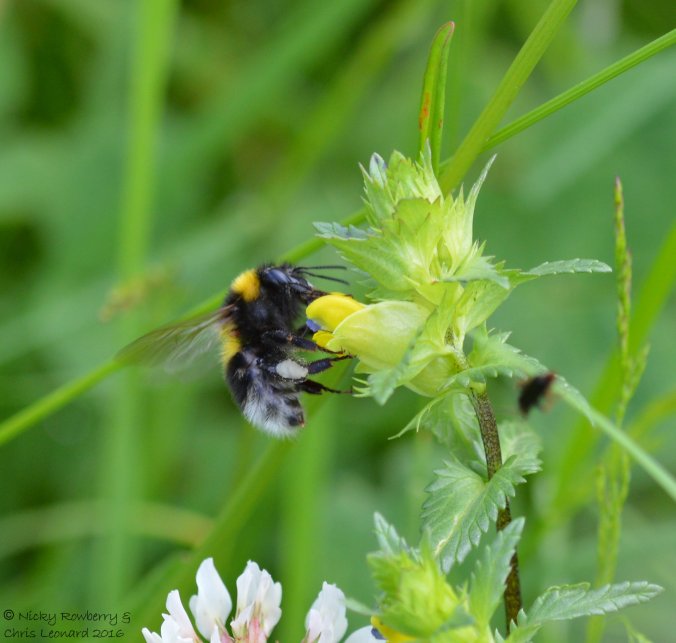 This elongated beetle was a new one for me – it is a Click Beetle. Apparently they make a clicking noise when disturbed. It’s probably a good job I didn’t realise this at the time or I might have been tempted to disturb the poor thing to get a click! 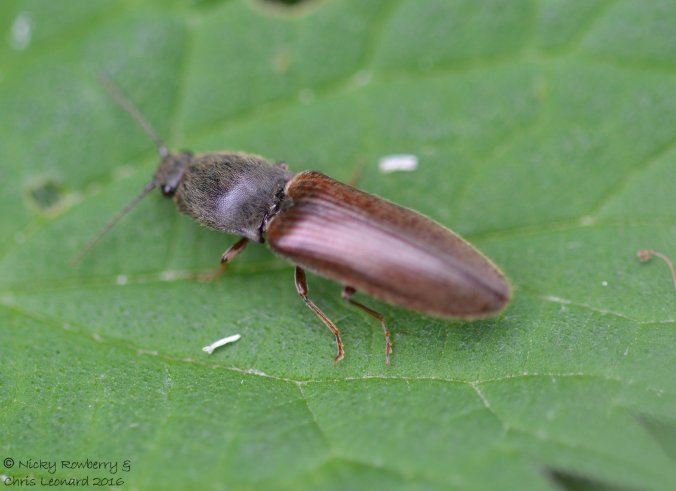 Each step I took through the grass seemed to produce movement as crickets leapt out of the way of my big feet. I find them really hard to take photos of, as they always seem to swivel around bits of grass so they are at the opposite side! But I finally found one whose legs seemed to be almost too long for him – he seemed to be struggling to control his gangly limbs, which made him easier to photograph. I’ve since learnt that he (or she) is probably a Roesel’s Bush Cricket. 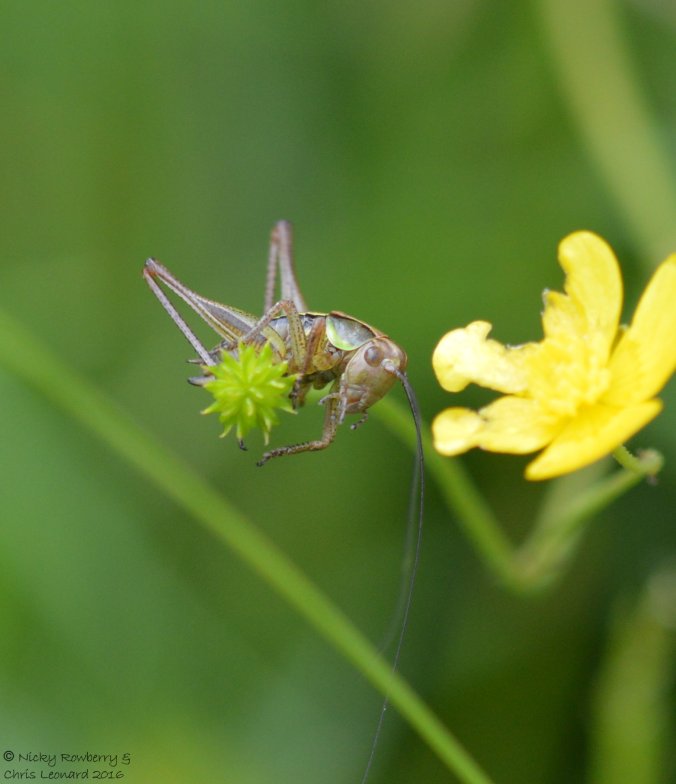 Of all the insects I saw this afternoon, the one group that was a bit under-represented was the butterflies – perhaps the sun just hadn’t warmed things up enough. I only saw one in the time I was there – a Large Skipper. It was of course too fast for my slow Monday legs to catch, so the photo below is of one Chris happened to spot yesterday elsewhere in Malvern. 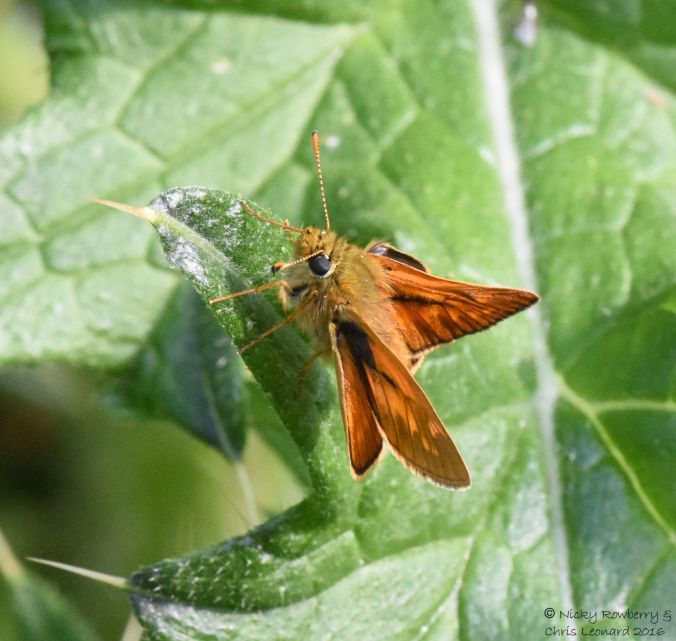 So in the half hour I spent wandering around the verge (getting strange looks from the drivers going by no doubt) I saw a huge variety of insects – ladybirds, ants, beetles, crickets, moths, bees, sawflies and one butterfly! That half hour also revived my flagging Monday spirits and all from a roadside verge! It just shows what a benefit letting verges grow can be for wildlife. I know there are campaigns now to encourage councils to do just that and I couldn’t agree more. 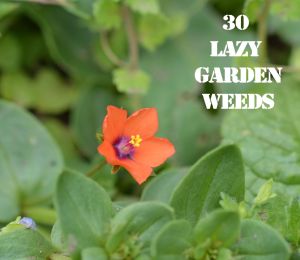 And finally as always the latest weed from our garden for my 30 Lazy Garden Weeds – The Scarlet Pimpernel. The flower itself is small, delicate and very pretty, but what I really like is the glorious name. Memories of cheesy movies  – and the rhyme “The seek him here, they seek him there…” I don’t know about being elusive, but the flower is certainly easily overlooked, but well worth looking out for.